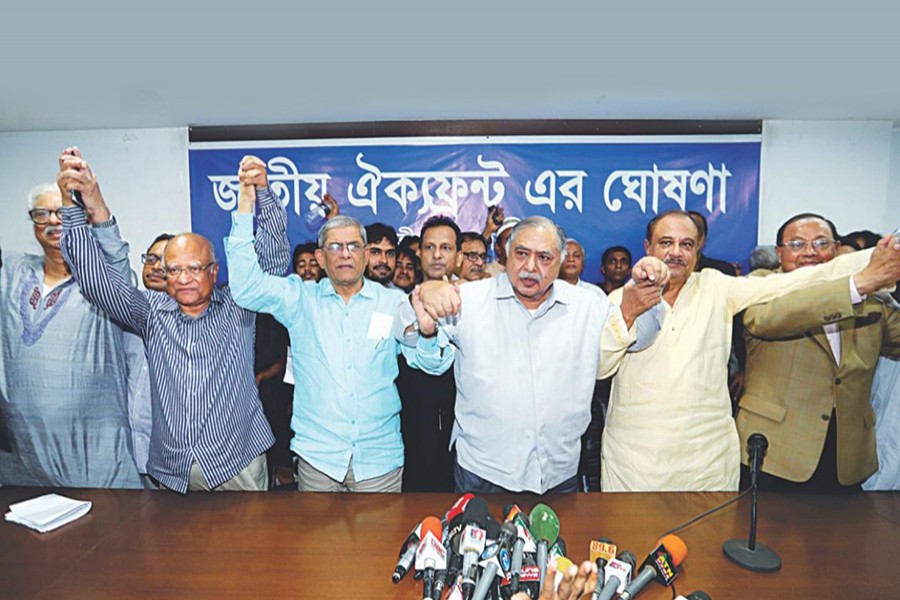 The Jatiya Oikyafront, led by Dr Kamal Hossain, has been granted permission to hold its planned public rally at Suhrawardy Udyan on Tuesday.

The BNP leader said DMP Commissioner Asaduzzaman Mia gave the permission as he along with the party's two other leaders met him at his office around 11:30am on Monday.

Earlier on Friday, BNP senior joint secretary general Ruhul Kabir Rizvi, on behalf of the alliance, announced the programme at a press conference at party's Nayapaltan central office, aiming to push for its seven-point demand ahead of the 11th parliamentary elections.

It will be the third rally of the Oikyafront as the alliance held rallies in Sylhet and Chattogram on October 24 and 27 respectively.

The rally is going to be held hours before the Oikyafront leaders' second phase of small-group talks with Prime Minister Sheikh Hasina. The dialogue will be held at Ganobhaban at 11am on Wednesday.

Oikyafront leaders said they will give some important messages for the nation from the rally ahead of the national election.