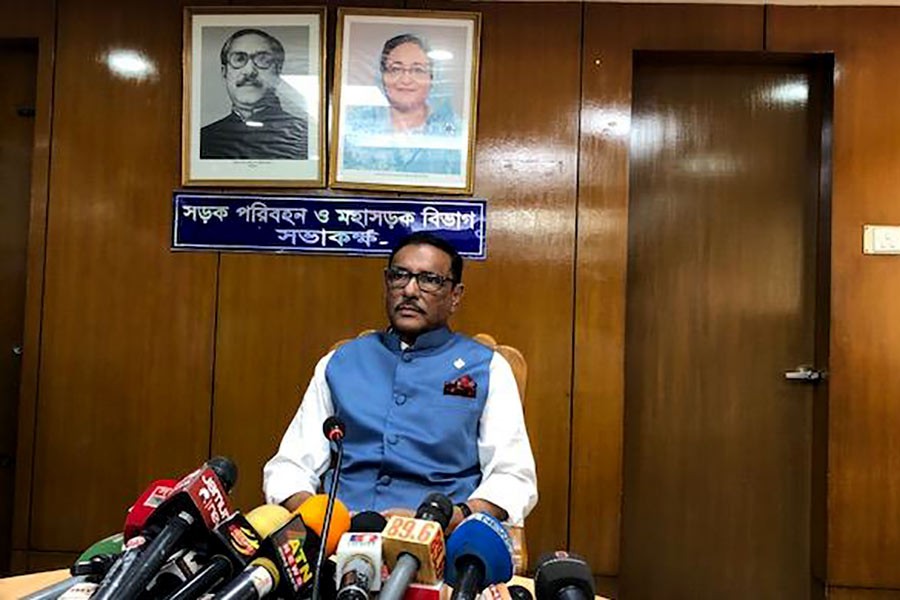 Awami League leader Obaidul Quader has warned members of the ruling party against 'flaunting' powers and called on them to conduct themselves judiciously amid the ongoing economic crisis.

"Everyone must speak and act responsibly. It is not appropriate to make irresponsible comments or to flaunt powers. Stand by the people with cool heads. We have to work for the people -- that is our main message today,” he said.

Quader was addressing an event organised by the Mahila Sramik League to commemorate National Mourning Day on Saturday, reports bdnews24.com.

The road transport and bridges minister also urged party workers to draw the public's attention to the global economic turmoil that is negatively impacting the cost of living in Bangladesh.

“The global crisis is having an adverse effect on Bangladesh. We know many people are suffering as the cost of living has gone up. But we have no choice. The price of goods is rising all over the world."

Quader also highlighted the environmental problems affecting several countries around the world. “The United States and the United Kingdom [are all being affected]. The Rhine River [in Germany] is drying up and ships cannot pass through it. Most of Italy's 15 lakes have dried up. Wildfires are raging in southwestern France."

“No one is living a comfortable life at the moment, be it in America, the UK, Germany, France or neighbouring countries such as Sri Lanka and Pakistan which are reeling from economic crises. The people of Bangladesh are suffering. But the government is doing everything it can."