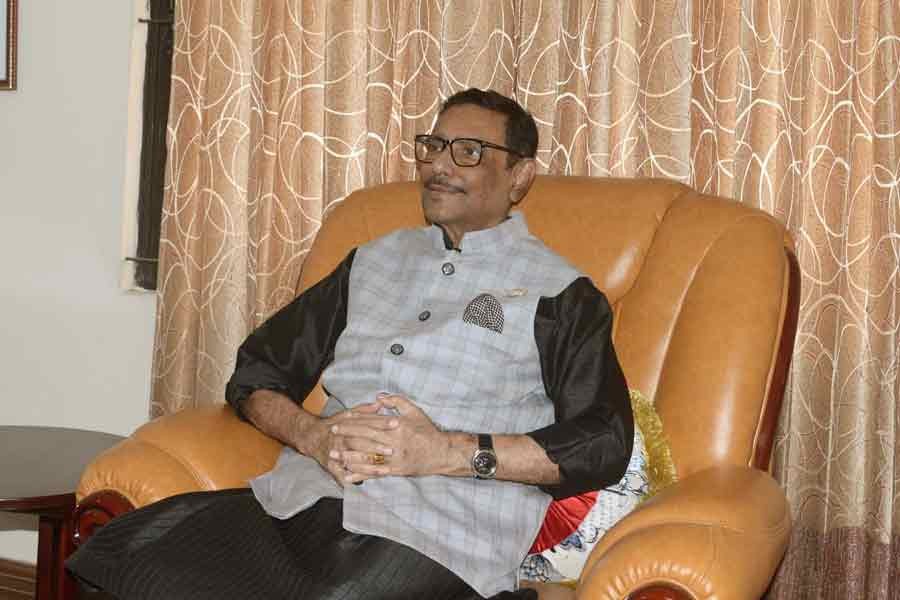 Urging the party activists to prepare a list of the instigators of terrorism, anarchy and communal acts, Awami League general secretary Obaidul Quader on Wednesday asked them to deal with Hefajat-e-Islam politically.

Obaidul Quader gave the instruction during a regular briefing of the Awami League at his official residence in the morning, reports UNB.

"Leaders and activists of the Awami League know how to react when they are attacked," he said.

Describing Hefajat-e-Islam as an extremist communal force, Quader said they have crossed the limit of tolerance by continuing violence in different parts of Bangladesh, aiming to destroy the prevailing peace.

Affirming that Sheikh Hasina’s government is committed to protecting the lives and property of people, he warned that those who have carried out or are still carrying out violence across the country will have to face the dire consequences.

He said Awami League is still behaving responsibly against the destructive politics of the reactionary force as it is in the government.

“The people of Bangladesh are religious … they do not support any bigotry. Don’t play with fire. If you play with fire, it’ll burn your hands too,” the Awami League leader warned.

Referring to the attacks on public and private establishments in different parts of the country, arson attacks on land offices, Quader said legal action would be taken and no one would be spared.

The nation will no longer tolerate any disregard to the Liberation War and its spirit and the humiliation of Bangabandhu.

Awami League workers will respond to those who have attacked Bangabandhu's pictures and sculptures as well, he added.

Quader called upon all the patriotic people to get united under the leadership of Sheikh Hasina saying that the evil forces must be resisted and defeated.

Quader, also the Road Transport and Bridges Minister, said the information of resuming long-haul bus services in a day or two is not correct.

He has made it clear that some people are spreading propaganda and making misleading remarks about it.