Obaidul Quader sees no necessity of dialogue with BNP 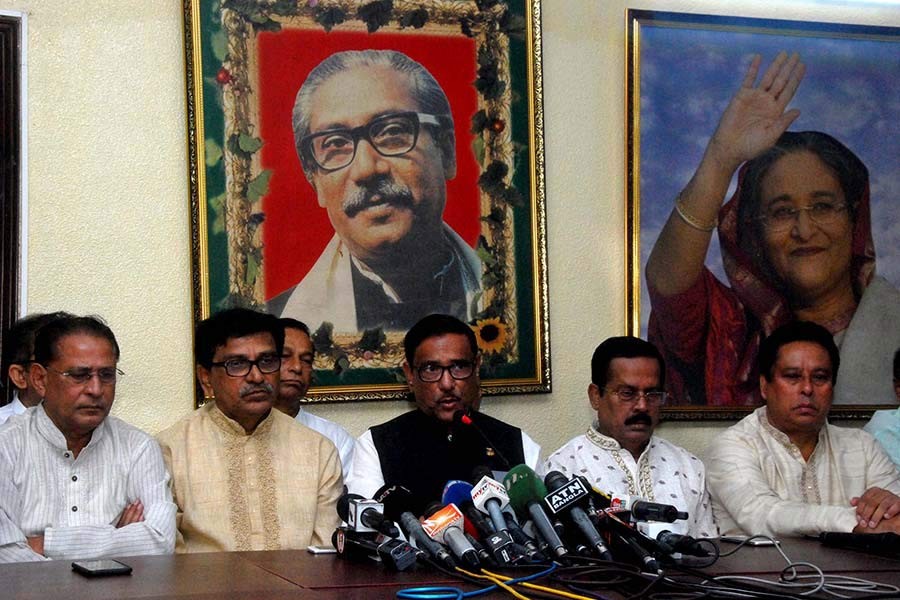 Awami League General Secretary Obaidul Quader sees no necessity of dialogue with BNP ahead of the next parliament election.

“BNP missed the ‘train’ of dialogue by rejecting the proposal before the previous parliament election,” he said.

The road transport and bridges minister made the remarks while addressing a press conference at AL chief's political office in Dhanmondi area of Dhaka on Friday.

The press conference was arranged to inform the media about preparations of Awami League’s 69th anniversary celebrations.

"But BNP rejected the invitation uttering very rough and rude words," he claimed.

About the next general election, the minister said, “This time we are very confident. None will be spared if violence and sabotage are carried out to create unrest in the country ahead of the next parliament election.”

He said BNP’s unrealistic dreams of winning in the next national polls as like as 2001 will never be successful.

The minister said BNP has no clear statement about the next election as they do not know properly what they want.

“But it is clear what we want. We want to hold the election in accordance with the constitution,” he added.

Quader said as per the constitution, there is no scope for BNP to be included in the polls-time government.

Prime Minister and Awami League President Sheikh Hasina will give directions to the party leaders and workers about the next parliament elections and upcoming city corporation polls, he said.