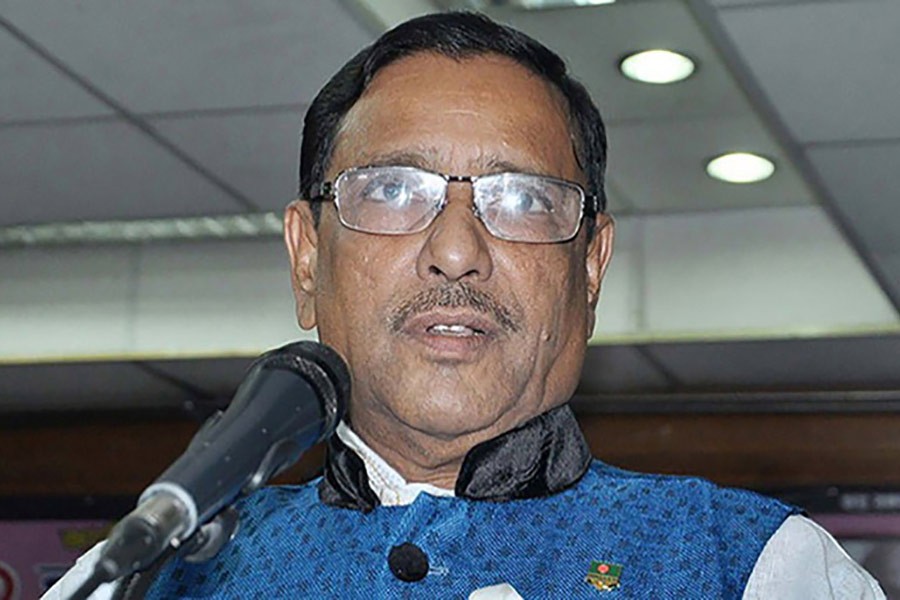 Awami League (AL) General Secretary Obaidul Quader has said the BNP wants to make Bangladesh a failed state in a planned way through their ill politics.

"If the AL workers come down to the street, the BNP men will not find any lane to flee," the road transport and bridges minister said at a press conference at his official residence in Dhaka on Friday, reports BSS.

Quader said, “The city streets are not the ancestral property of anyone but rather the property of commoners.”

“So, if anyone wants to create chaos in the name of occupying streets, he or she will be handled with an iron hand,” the AL general secretary warned.

Stating that AL will soon be found on the city streets, he said shouts of the BNP leaders are pretended ones to keep their activists vibrant and it is an ill tactic to hide their failure.

The minister said by assuming power, the BNP wants to create opportunities for looting again and wants to follow the dark path by building Hawa Bhaban and blocking the way to the immense potential of the country.

"But, the country's people will never give them that chance again," he added.

Quader said the BNP is a political party, which does not have trust in people, while its political backbone is very weak.

"The BNP wants to come to power but it is afraid of joining elections," he added.

He said BNP secretary general Mirza Fakhrul Islam Alamgir did not join the parliament after being elected, but he sent others to the House.

The AL general secretary asked the BNP leaders to forget "the caretaker government" terming it a settled issue.

"There is no chance of restoring the caretaker government system in this country. It is better for the BNP to get prepared for the next national elections. The BNP's daydreaming about the resignation of the government and dissolving the parliament will yield no result," he said.

BNP to hold rallies in divisional cities from October 8