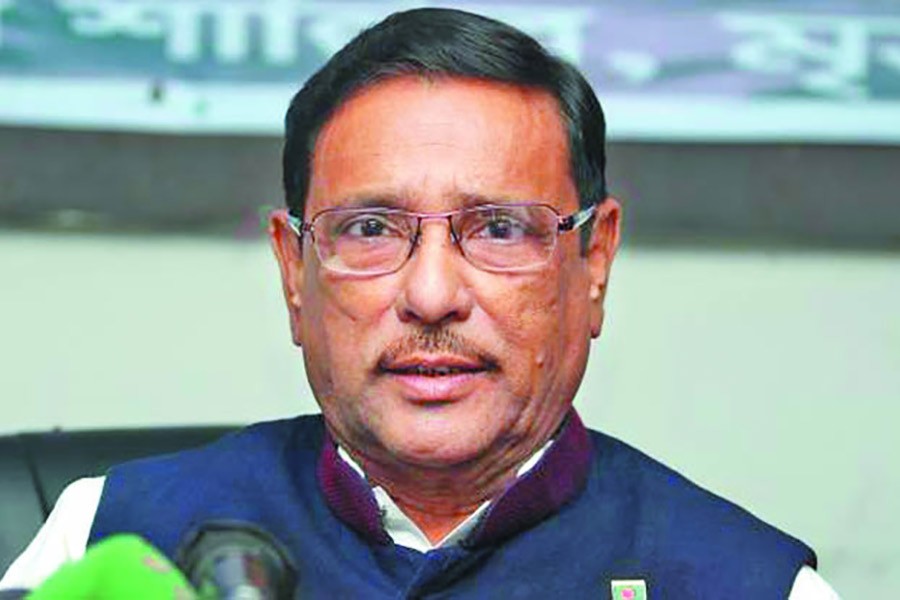 Awami League (AL) General Secretary Obaidul Quader on Tuesday BNP continues its propaganda and falsehood over power and energy to hide its own failure.

“The BNP’s continuous propaganda and lying about electricity and energy are nothing but an effort to conceal its own failure (while in power),” he said in a statement.

Quader, also the road transport and bridges minister, said though the BNP leaders want to easily forget their past, the country’s people remember it.

During the BNP regime, there were 13-14 hours of load-shedding when the country plunged into darkness, he said.

The AL general secretary said the BNP leaders handed over the country’s precious mineral resources to their foreign masters to come to the state power and they deceived the nation by installing poles only in the name of electricity supply.

“To keep Hawa Bhaban and Khoab Bhaban, the alternative centres of power, illuminated, the BNP kept the whole country in darkness,” he said.

In addition to this, she achieved unprecedented success in all socioeconomic indexes, which was appreciated at the world level, he said.

The Sheikh Hasina government has shown revolutionary success in the power and energy sector, the road transport minister said, adding that when the AL came to power through a landslide victory in the December 2008 elections, the country’s per capita power generation was 220 kilowatt and now it stands at 560 kilowatts.

He said only 47 per cent people of in the country had access to electricity in 2009 but now cent per cent of the people have been brought under electricity coverage.

At the beginning of 2009, Bangladesh’s power generation was 3,267 megawatts but, at present, it increased to 25,566 megawatts, Quader said.

“Not only this, the number of power consumers was 10.8 million in 2009. But the number reached 42.7 million till April 2022. Feeling jealous of this success of the government, the BNP is indulged in shameless falsehood and propaganda,” he added.

The AL general secretary said those who talk about graft in the power sector are actually the sponsors of corruption.

Without the sound policies and efficient management of the government under the leadership of Prime Sheikh Hasina, it would not have been possible to boost up the power generation to 25,566 megawatts and industrialisation would not have flourished, he said.

He said the Sheikh Hasina government ensured the country’s energy security by checking rampant corruption and looting, which started in the sector during the BNP’s era. Electricity has reached every house in the country, he added.

While the economy started recovering after the coronavirus pandemic, the ongoing Russia-Ukraine war hit the entire world, the road transport minister said, adding the developed countries are struggling to cope with the situation amid the fuel price hike in the international market.

Many countries have already taken electricity and energy saving policies, he said.

Quader said Bangladesh has to take some precautionary measures to address the situation.

As part of this, power and energy saving initiatives have been taken and rationing of power supply began, which is a temporary step, he said.

Magistrate's order can't be challenged by a writ petition: SC

BNP forms committee to probe its clash with police in Bhola