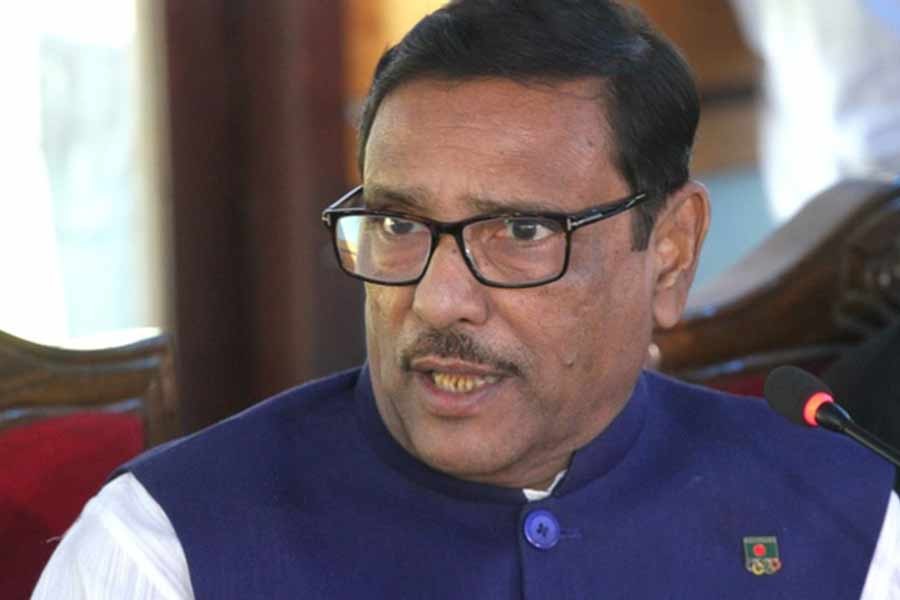 Referring to the existing global crisis resulting from the ongoing Russia-Ukraine war, he said adding "The crisis is not only in Bangladesh but also in the whole world, rather BNP is trying to take political advantage capitalising on the global fuel, power and economic crisis gripped by Russia-Ukraine war."

The minister made these comments while attending a discussion marking the 76th birth anniversary of Awami League President and Prime Minister Sheikh Hasina at Krishibid Institute Bangladesh (KIB) auditorium in Dhaka, reports BSS.

The whole world is now facing severe fuel and power crises ultimately due to the influence of the Russia-Ukraine war, Obaidul Quader added.

Lauding the role of Prime Minister Sheikh Hasina, he said, "None was the most honest, efficient and courageous leader in Bangladesh except Sheikh Hasina after the period of 1975."

Sheikh Hasina is the most successful 'statesman' in the history of independent Bangladesh after the period of 75, he told the meeting.