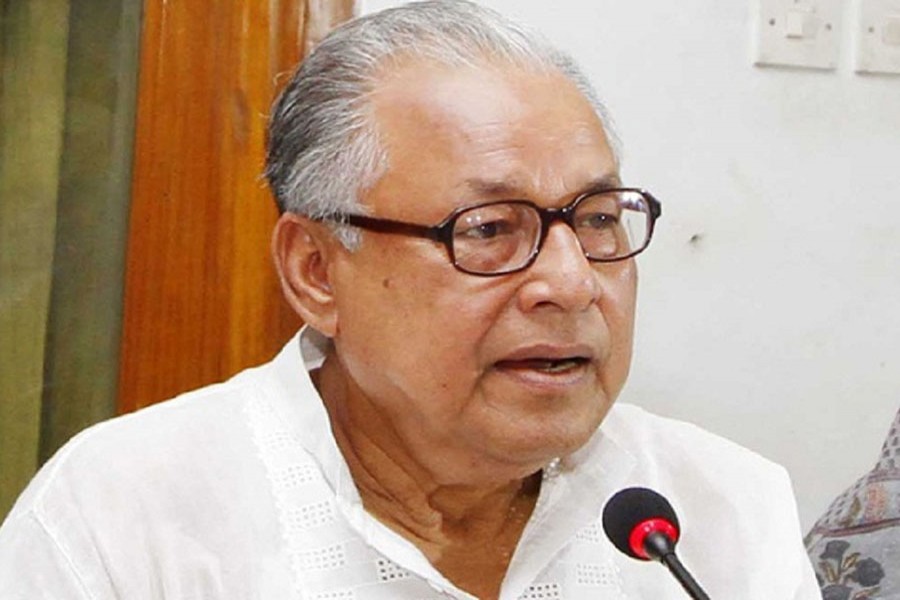 BNP standing committee member Nazrul Islam Khan on Wednesday said Jamaat-e-Islami should apologise to the nation for its anti-liberation war role in 1971.

Talking to reporters after placing a wreath at BNP founder Ziaur Rahman's grave, he also said their party wants the trial and punishment of all the anti-liberation war elements.

"The nation demands apology from Jamaat and they should be ashamed of its anti-liberation war role. It's a logical demand," the BNP leader said.

Nazrul, also the coordinator of the BNP-led 20-party alliance, further said, "We surely want the punishment and trial of those involved in anti-liberation acts."

He also said those who destroyed democracy, the greatest outcome of the independence, in Bangladesh should also apologise to the nation.

"We think those who committed offences should offer apology. We also should apologise to people if we've involvement in any wrongdoing. Unfortunately, such culture is absent in our country," the BNP leader observed.

Sought his comment over the media report that Jamaat formed a committee to launch a new party, Nazrul said it is an internal matter of Jamaat.

The BNP leader also said Jamaat, as a political party, has the right to take a decision to quit the alliance.

About the Chief Election Commissioner KM Nurul Huda's comment that the upazila election will be a competitive one, he said people have no confidence in him. "People across the country consider him as an incompetent person and they accuse him of ruining the country's election system with his biased role in favour of a party."

Earlier, Nazrul together with leaders and activists of Jatiyatabadi Tanti Dal paid homage to Zia by placing a wreath at his grave Sher-e-Bangla Nagar in the city, marking the 39th founding anniversary of the organisation, reports UNB.