No ‘planning’ for proper distribution of vaccine, BNP says 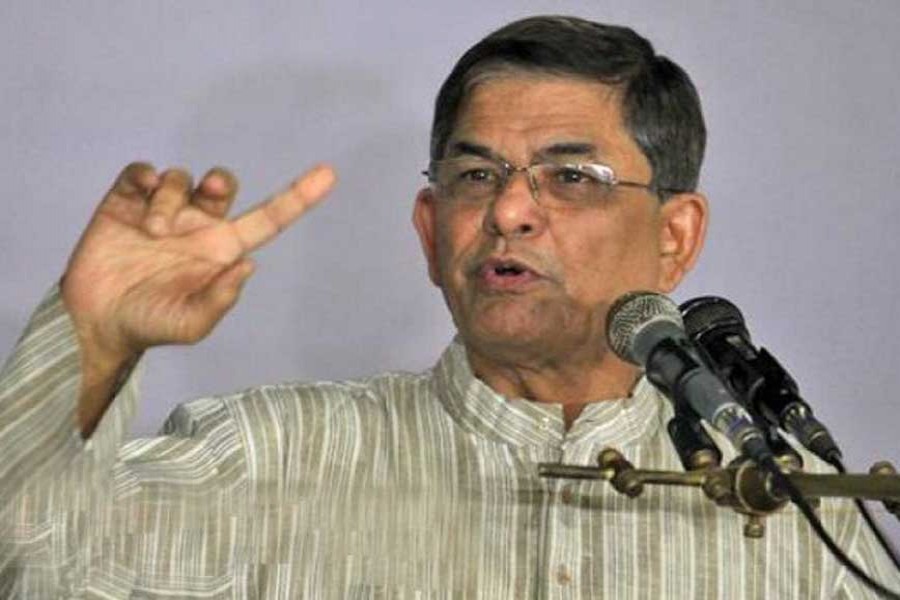 BNP Secretary General Mirza Fakhrul Islam Alamgir on Wednesday alleged that the government has no ‘roadmap’ and ‘planning’ for the proper distribution of coronavirus vaccine.

“There’s no roadmap or planning for making the vaccine available for common people. They (govt) are saying 20 lakh (doses of) vaccine will come first, but we don't know who’ll get these doses,” he said.

Speaking at a discussion, the BNP leader said, “We also don't know who’ll get 50 lakh doses that may come every month. There’s no guarantee that we the ordinary people will ever get the vaccine.”

Twenty lakh doses of Oxford-AstraZeneca vaccine developed by the Serum Institute are scheduled to reach the country on Thursday as a token gift from the Indian government.

Fakhrul alleged that Awami League leaders had indulged in widespread plundering and corruption during 1972-75 as they are doing the same now.

He alleged that Awami League leaders and activists are indulging in looting and corruption over the coronavirus at this bad time of the country. “Initially, they looted public money in the name of corona tests by Regent Hospital and JKG.”

He said, “Awami League's success in the 50 years of independence is that it has snatched all the rights of people by literally enchaining them.”

Under the current circumstances of the country, Fakhrul called upon all the political parties to get united and make efforts to unite people breaking their silence. “Let’s get united and establish a true democratic governing system by removing the current awful monstrous regime.”

He alleged that the government jailed BNP Chairperson Khaleda Zia as she was working for democracy and implementing the ideal and the 19-point programme of Ziaur Rahman.

Fakhrul said the current Awami League government has been trying to remove the name of BNP founder Zia from everywhere out of jealousy.

“They’ve removed his name from the airport, different universities, colleges, and other establishments. But they can’t remove his name from the country as his name is there in the hearts of people and it’s not possible to erase it,” he observed.