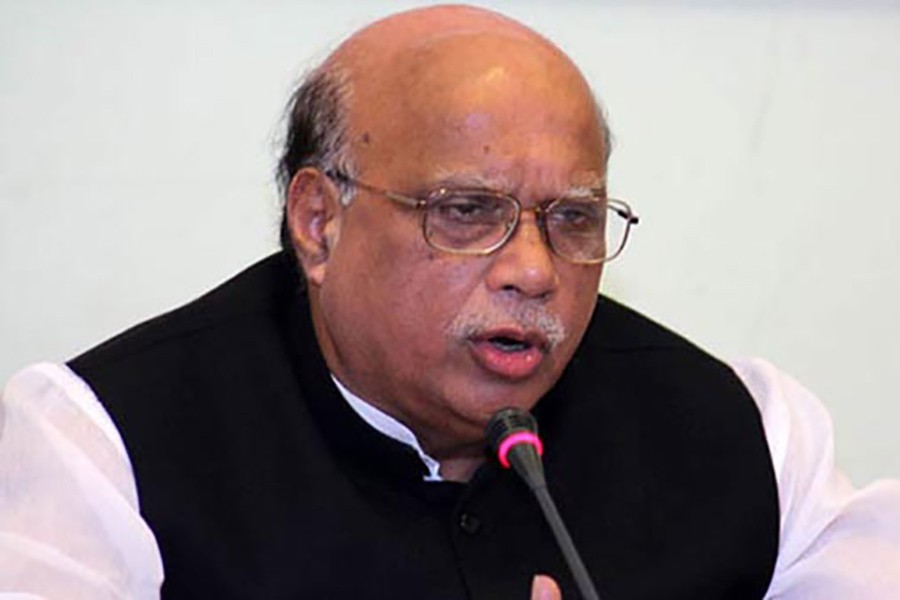 Health Minister Mohammad Nasim on Monday said no negligence was shown in the treatment of BNP chairperson Khaleda Zia in jail, reports UNB.

Talking to the reporters at the secretariat the minister said, "As health minister I think no negligence was shown in her treatment. Under the incumbent government it will not be acceptable if any political person does not get proper treatment in jail."

"Some BNP leaders alleged that they don't trust government's treatment system, which is not right. It is government's duty to provide Khaleda Zia proper treatment as she is now in jail. Sure, life in jail is not comfortable for anyone.

Whether for former Prime Minister or anyone hid Malik, Health and Security Department secretary Md Sirazul Islam, directorate General of Health Services Abul Kalam Azad and doctors of Khaleda's Medical Board were also present on the premises.