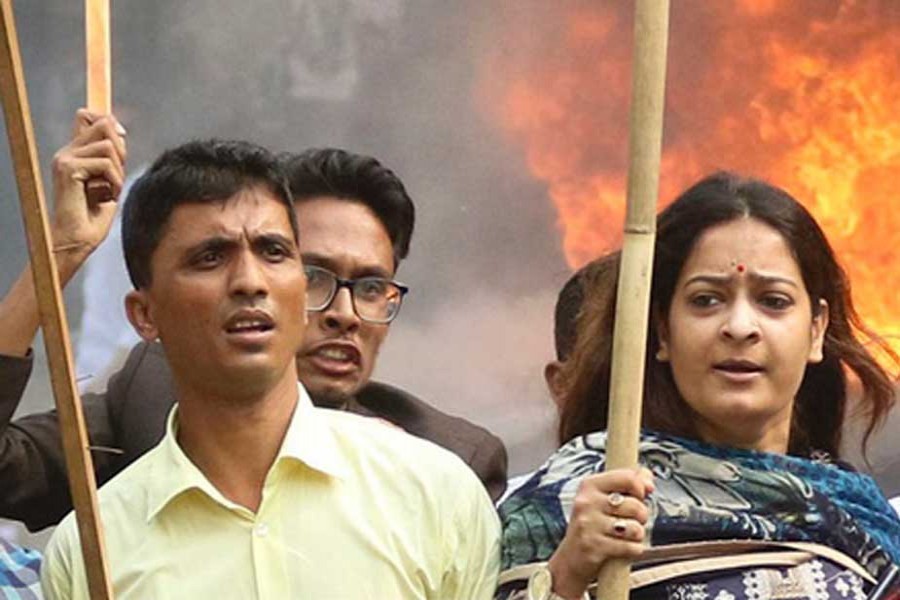 They were remanded in a case filed over a clash that took place between BNP men and police in the capital’s Nayapaltan area recently.

Dhaka Metropolitan Magistrate Shahidul Islam passed the order after Inspector of Detective Branch of police Md Quamrul Islam, also investigation officer of the case, produced them before the court.

The BNP men were put on a five-day remand on November 16.

At least 50 people, including 23 policemen, were injured in a clash between BNP leaders and activists and law enforcers in front of the party's Nayapaltan central office on the third day of its nomination-form sale on November 14, reports UNB.