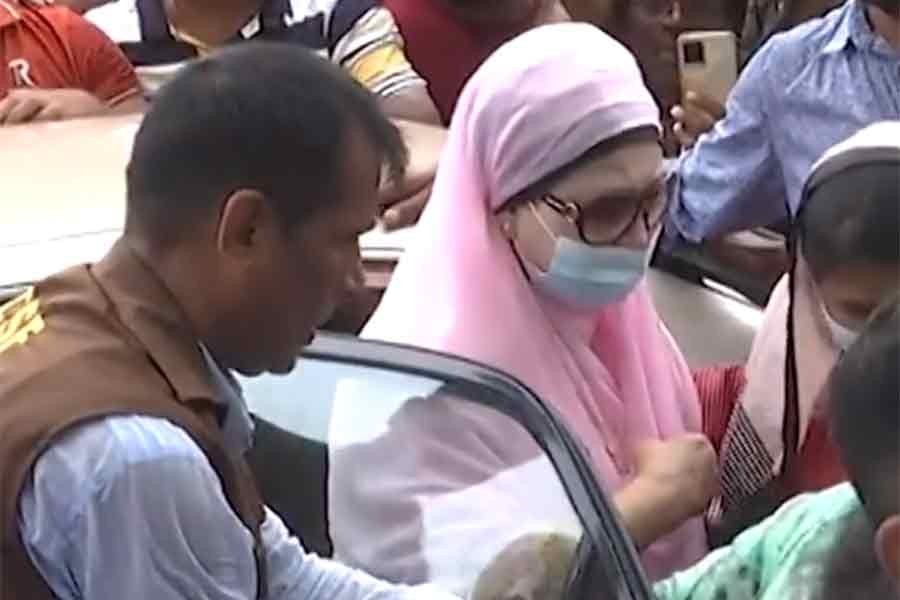 A Dhaka court has deferred the indictment hearing in the Niko graft case against BNP chief Khaleda Zia and eight others again.

Asked how many deferrals had been sought in the case so far, Masud Ahmed Talukder of Khaleda’s team said the request had been made many times, but he could not specify an exact number.

According to case documents and court officials, the defence has requested 46 deferrals in the case. The latest deferral came as senior lawyer AJ Mohammad Ali was sick and unavailable to represent Khaleda at the hearing.

Mosharraf Hossain Kajol, a counsel for the Anti-Corruption Commission, opposed the motion.

The Anti-Corruption Commission filed the case on Dec 9, 2007, after the BNP chief was arrested by the military-backed caretaker government.

Charges were pressed against 11 people, including Khaleda in 2008, for allegedly costing the state Tk 137 billion in losses by awarding a gas exploration contract to Niko Resources, a Canadian oil and gas company. Two of the suspects – AKM Mosharraf Hossain and Barrister Moudud Ahmed – have already died and have been dropped from the list of suspects.

In 2020, following the outbreak of coronavirus in Bangladesh, the government suspended Khaleda’s jail term by executive order and released her on the condition that she would receive treatment at home and not travel abroad.

The government has since extended the suspension of the prison term on her family’s request several times -- by six months at a time.