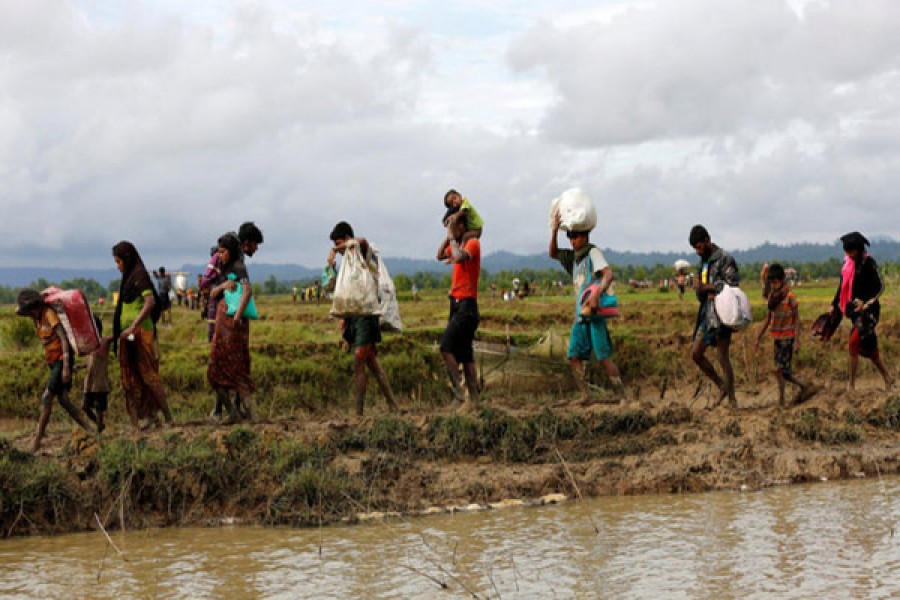 Nearly 60,000 Rohingya Muslims have crossed into Bangladesh from Myanmar since last week, adding pressure on the scarce resources of aid agencies and local communities already helping hundreds of thousands of refugees from previous bouts of violence in Myanmar.

With another 10,000 people currently trapped in no-man's land between the two countries, they expect more people to cross the border than during the crisis in the fall of last year, when more than 70,000 people made the journey.

The stock of high-energy biscuits is not sufficient to feed all the new arrivals, and funding for rice to cover people who have crossed since October "may be problematic".

Among new arrivals, about 16,000 are school-age children and more than 5,000 are under the age of five who need vaccine coverage. The number of unaccompanied and separated children is high and many are found "traumatized and hungry" and in need of immediate dry food and psycho-social support.

Current capacity of emergency education facilities is only enough to cover 5,000 children and an additional 500 schools or learning centres are needed.

To prevent abuses, they say awareness on subjects including child labour, sexual and gender-based violence and human trafficking is needed among the communities.

Worsened hygiene due to mass influx increases the risk of outbreak of diseases, with pregnant women, young children or the elderly being most vulnerable.

Sanitation and access to safe water is a concern especially at the no man's land with no facilities.