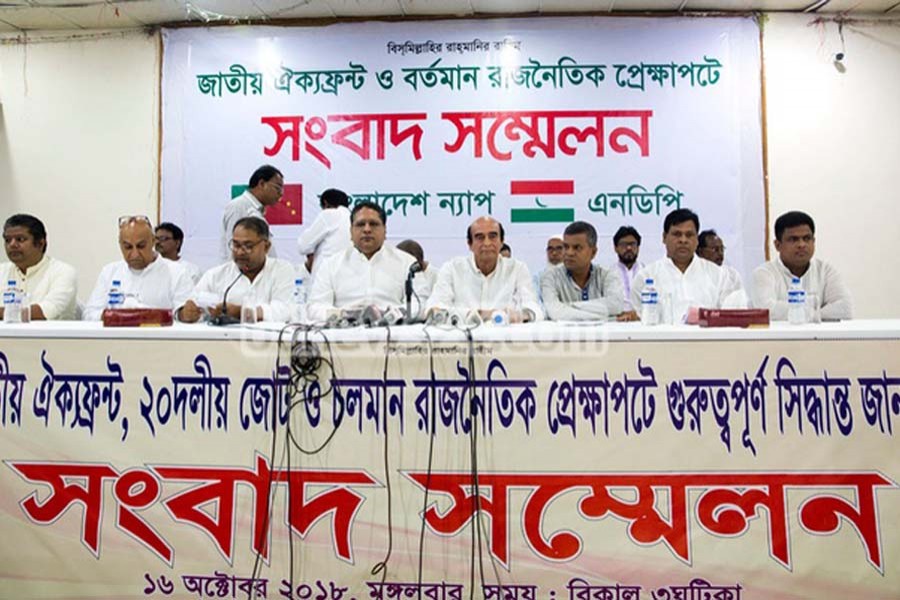 Three days after formation of a new alliance involving BNP, the BNP-led 20-party alliance suffered a split as two of its components announced to leave it.

National Awami Party (NAP) and National Democratic Party (NDP) announced to sever ties with the alliance through a press conference.

NAP chairman Jebel Rahman Gani came up with the announcement at Gulshan Convention Centre in the city.