'Mujib Year celebrations not a platform for self-promotion' 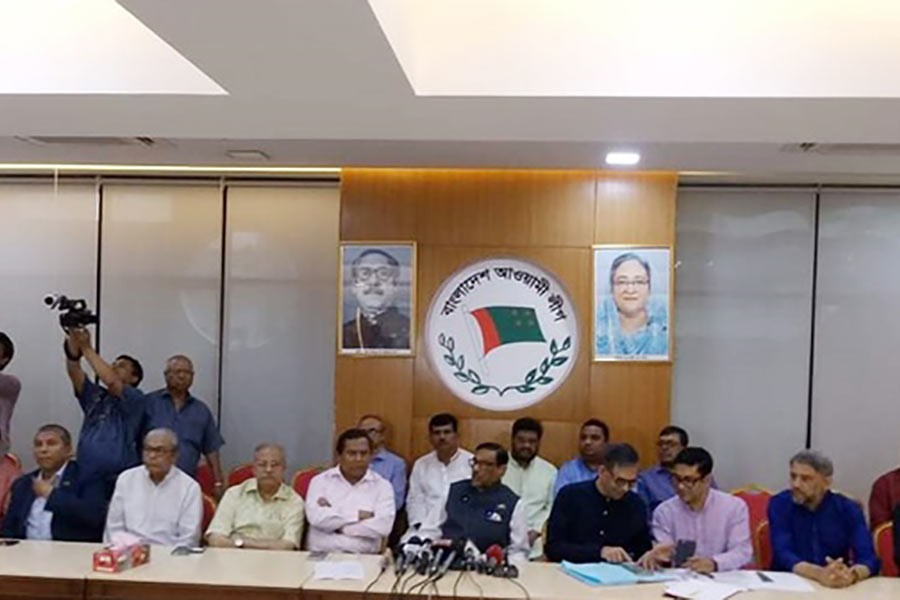 The road transport minister highlighted the fleeting nature of power as he called on them them to be modest and foster a good relationship with the people, reports bdnews24.com.

Speaking at a meeting at the Awami League headquarters on Friday, Quader said there are no bars on publishing posters, banners and billboards to commemorate the birth centenary of Bangabandhu Sheikh Mujibur Rahman. But these should not be used as a means of self-publicity.

"You can print your names in the posters but not your photographs. We don't want to see anyone's picture on a billboard or a poster. We will be strictly monitoring this."

He also urged party leaders and activists to remain vigilant so that events marking Mujib Year are not used for extortion.

“No one should organise any celebration by extorting money. Mujib Year should be celebrated by going from door to door. We won't tolerate anyone asking a shop owner or a house owner to pay certain amount of money,” he said.

“People should not suffer from any action taken in the name of celebrating the Mujib Year. They should not be harassed. We have to be cautious about this."