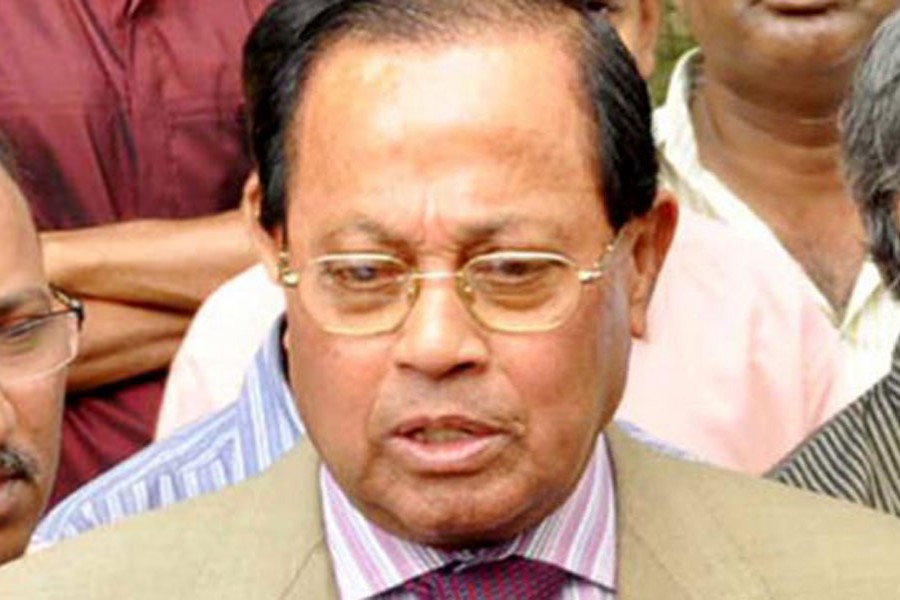 BNP senior leader Moudud Ahmed has said that their party will begin harsher programmes after Eid-ul-Fitr as it is the only way to realise their demands and free their chairperson Khaleda Zia from jail.

"I admit that it's not possible to ensure Khaleda Zia's release through court and peaceful action programmes. I think street agitation is the only way," he said.

Speaking at a discussion on Friday, the BNP leader further said, "No public demand could be realised without a movement. We must choose the path which is conducive to realising our demands. We'll have to take the path of tougher action programme after the Ramadan month."

Turning to the Prime Minister Sheikh Hasina's India tour, the BNP leader hoped that she will not return home empty-handed this time. "She'll return home signing the Teesta water-sharing deal."

Otherwise, Moudud, a BNP standing committee member, said the Prime Minister's India tour will turn into a failed one.

Sheikh Hasina went to West Bengal, India this morning on a two-day visit at the invitation of her Indian counterpart Narendra Modi.

Moudud said their party is working out strategies to foil the 'evil plans' of the ruling party to rig Gazipur election in the same technique they used in Khulna.

"It was the election of police and Rab, not of people, in Khulna. It was also not a fair and credible election there. Now they (AL) are out to hold the Gazipur polls in Khulna style," he observed.

The BNP leader said their party leaders and activists will make their all-out efforts so that the ruling party cannot hold the Gazipur polls in Khulna style, reports UNB.