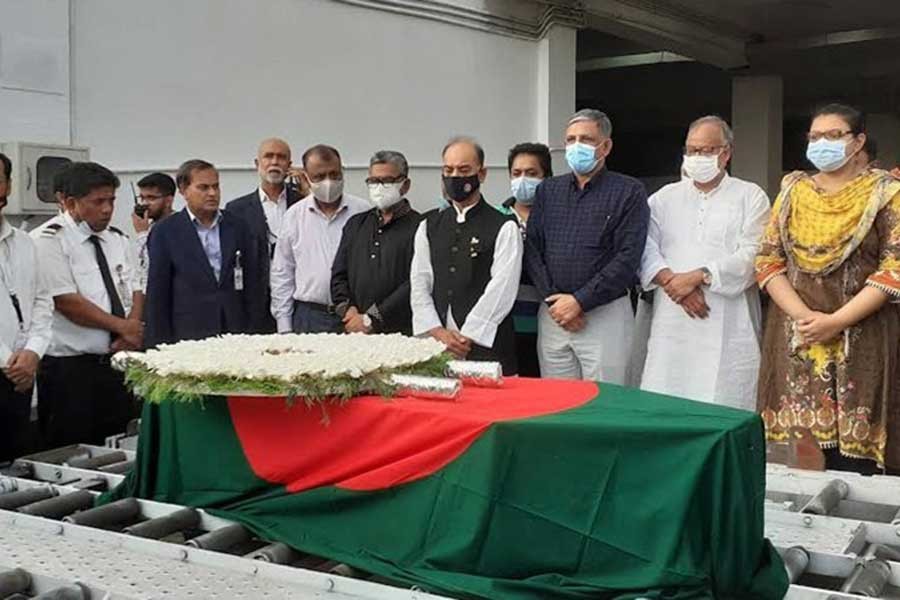 The body will be taken to the Awami League central office on Bangabandhu Avenue in the capital around 10.30 am on Monday where the leaders and workers of the party will pay homage to Mukul.

Later, Mukul’s body will be kept at the city’s Dhakeshwari National Temple and Jagannath Hall around 12:00 pm and 12.30 pm respectively so that people from all strata including leaders and activists of various social and cultural organizations can pay their last tributes to Mukul Bose.

However, no decision has been made yet about his funeral.

Mukul Bose passed away on July 2 last while undergoing treatment at a hospital in Chennai of India.

He is survived by his wife, a son, a daughter and a host of relatives, friends and well-wishers.

Bose was taken to a hospital in the capital on May 16 after he became seriously ill. The next day, he was shifted to the Coronary Unit of Square hospital and given life support there.

Later, he was flown to Chennai for better treatment.

Along with Obaidul Quader and Syed Ashraful Islam, Mukul Bose was the joint general secretary of the Awami League till 2009.

He was elected as the party's advisory council member on January 1, 2017.