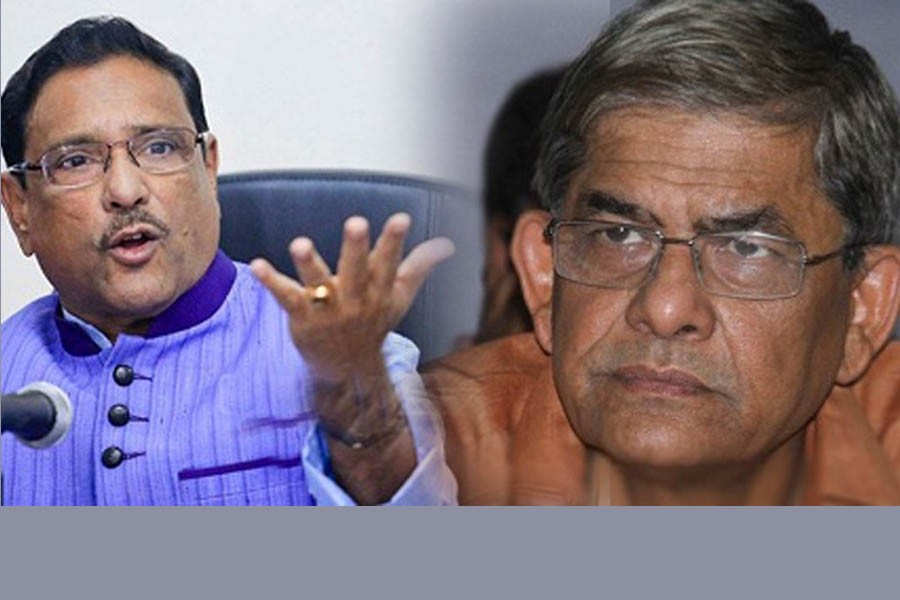 Mirza Fakhrul Islam Alamgir should be tried for “treason”, Obaidul Quader has said in reaction to the BNP leader’s “call to liberate Bangladesh”.

The BNP secretary general at a rally in Dhaka on Friday said, “I urge the people to step forward not only for safe roads, but also for safe Bangladesh. Please rise and liberate the country again.”

When reporters drew the Awami League general secretary’s attention to Mirza Fakhrul’s comment at a programme later in the day, Quader said, “I have a question – isn’t it tantamount to treason? Will it be wrong to try Fakhrul on charges of treason for this (comment)?”

“Fakhrul Islam hasn’t been arrested yet and is roaming free after making seditious remarks.

“What independence? Are you happy for the Imran Khan government in Pakistan? Very happy?

The Awami League leader also reiterated the allegation that the BNP was trying to destabilise the country with events like the ones that led to the takeover by the military-controlled caretaker government on Jan 11, 2007, said a bdnews24 report.

“But the people will foil all your conspiracies,” he said.