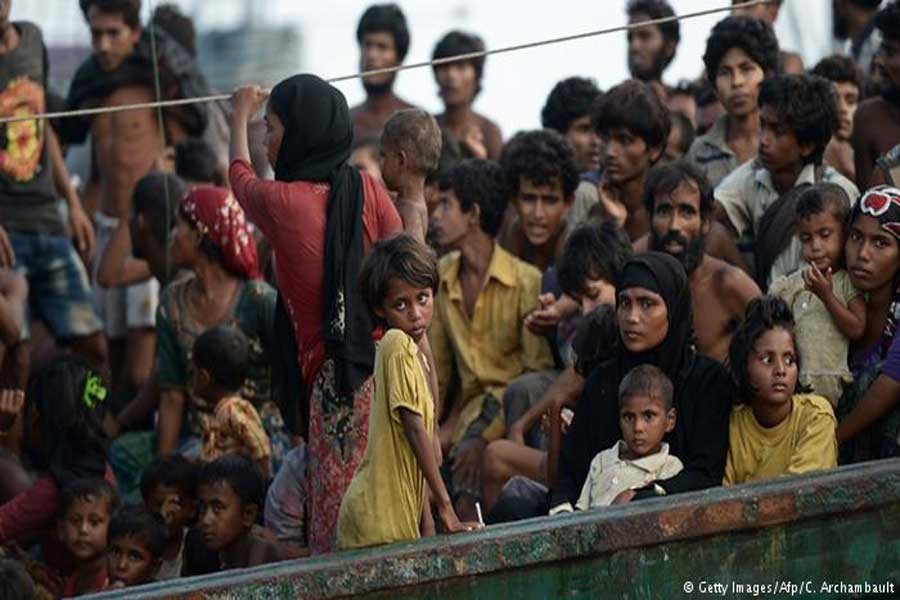 "The mechanisms designed to protect children caught up in conflict or humanitarian crises are largely ineffective and do little to prevent the precarious situation these children find themselves in," said Special Rapporteurs Maria Grazia Giammarinaro and Maud de Boer-Buquicchio.

They made the remark while speaking ahead of World Day Against Trafficking in Persons that falls on July 30.

"So many children have died in conflict zones and along their perilous journey," they were quoted as saying in a joint statement from Geneva.

The experts warned that all children fleeing conflict, especially those travelling alone, are vulnerable to abuse of different kinds: sexual and labour exploitation including as a consequence of trafficking, being sold and being coerced into marriage, in their homes, communities, society or in places where migrants and/or refugees reside - including reception centres, refugee camps or informal settlements at source, transit and destination countries.

"We call on all states to step up their efforts to protect children on the move from trafficking, sale and other forms of exploitation," they urged. Boys as well as girls risk sexual exploitation, although the risks remain higher for girls, the experts noted.

"Current efforts to protect children are being hampered, among others by inaccurate identification of trafficked, sold or otherwise exploited children by insufficiently trained frontline workers and challenges in determining children's ages and parentage," they said.