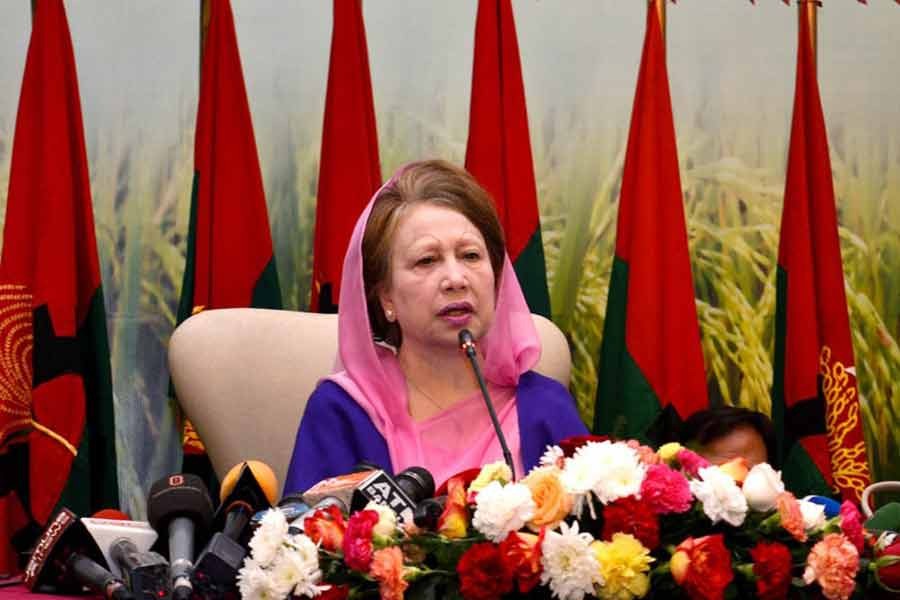 BNP chairperson Khaleda Zia has alleged the country’s lower courts are just following the government orders as they do not have the power to pronounce a proper judgment.

BNP Chairperson Khaleda Zia came up with the remark while addressing a meeting of the party’s National Executive Committee being held at Hotel Le Meridian in the city.

“We have seen the consequences of delivering proper judgements. A Chief Justice had to leave the country for delivering the right verdict in Taeique Zia’s case,” she said.

The inaugural session of the meeting started at 11:05 am where a condolence motion was adopted for the eminent personalities and party activists who have died recently. The BNP leaders and activists observed a one-minute silence to show respect to them.

Organisational reports will be placed by the party’s Secretary General at this session and the BNP chief is expected to give fresh directives to her party leaders and activists about the party’s next course of action and future movement centering the next general election.

In the concluding session of the meeting, a closed-door meeting will be held between Khaleda Zia and the party’s top leaders.