Law enforcers are on a killing spree, Rizvi alleges 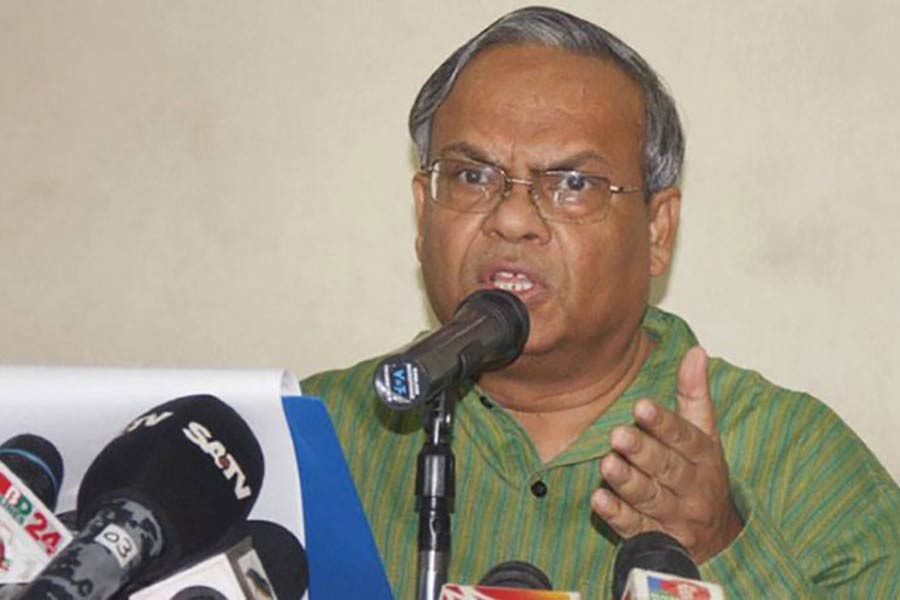 Voicing deep concern over the growing incidents of extrajudicial killing, BNP on Sunday said it seems law enforcers are on a killing spree.

"A killing spree is going on in the name of gunfights across the country as at least seven people were killed over the last three days," said BNP senior joint secretary general Ruhul Kabir Rizvi.

Speaking at a press conference at the party's Nayapaltan central office, he also said the law enforcers are now apparently on extrajudicial-killing spree and they are killing people like insects.

The BNP leader also said though the local and international human rights organisations are airing their worry about the extrajudicial killing, the government is least bothered about it.

Rizvi said the government's main motive behind the extrajudicial killing is to keep people scared always in a bid to prolong its 'misrule'.

He said the government is also trying to suppress people so that they do not dare protest against the government's 'evil design' to hold another unilateral election. "We strongly condemn the incidents of extrajudicial killing and demand the government stop immediately such killings in the name of shootout."

The BNP leader also demanded proper investigation into all the incidents of extrajudicial killing that took place under the current government.

He said the government has now taken initiatives to repair roads and highways to create a scope for the ruling party leaders to plunder public money before the Eid-ul-Fitr.

He also questioned how the government will complete the repair works on the roads and highways before the eid as per the Road Transport and Bridges Minister's assertion when it could not be done for a long time.

"It's not understandable that by which ghost of the Arabian fairytale the government will repair all the roads and highways before the eid since it has left people in miseries round the year," Rizvi said.

The BNP leader alleged that people are left in misery in Ramadan due to frequent power cuts across the country and gas and water crises in Dhaka city, reports UNB.