Khaleda Zia to be taken to BSMMU for medical tests: Minister 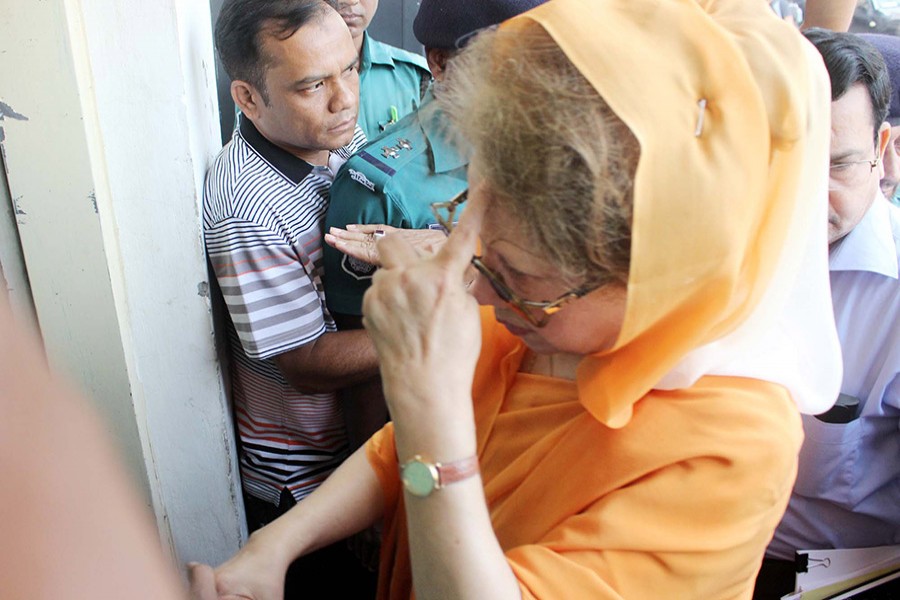 Law Minister Anisul Huq says BNP chief Khaleda Zia will be taken to Bangabandhu Sheikh Mujib Medical University for medical tests on Sunday after her personal doctors claimed she had suffered a ‘mild stroke’ while in jail.

Huq made the remarks at an event at the Secretariat on Sunday where he handed over car keys to district judges, reports bdnews24.

“She (Khaleda) fasted the day before yesterday. She felt weak around 3:00pm or 3:30pm. Her personal help, Fatema, caught her and the doctors on duty observed her.”

“The doctor said her sugar level was low because she was fasting and she revived after having some chocolate.”

Four doctors from the 73-year-old BNP chief’s medical team visited her in prison on Saturday and said they believed she had suffered a ‘mild stroke’.

The government expressed its concern, the law minister said.

“The home minister has informed me that she will be taken to Bangabandhu Medical University to conduct the necessary tests to check if she has suffered a stroke.”

He could not say when the BNP chief would be taken to the hospital.