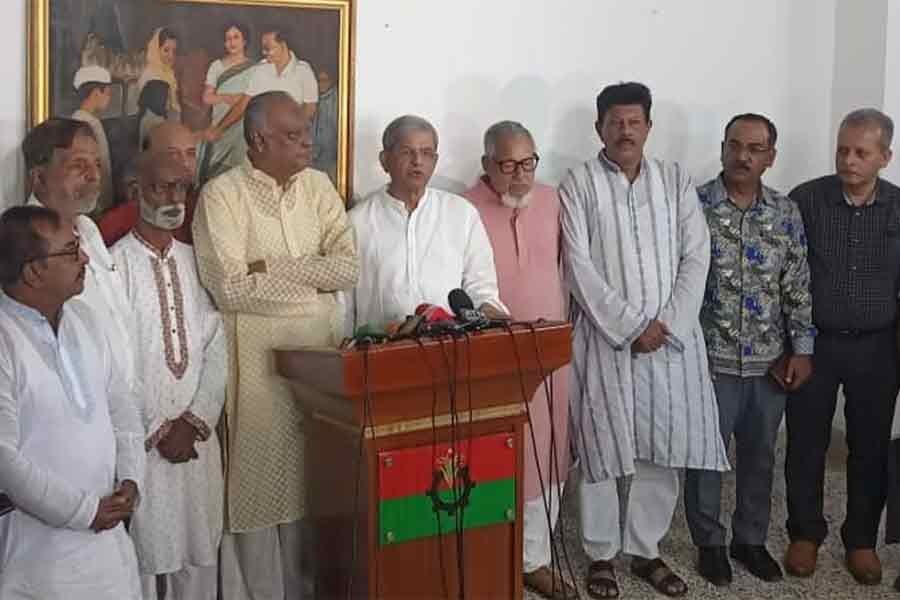 BNP Secretary General Mirza Fakhrul Islam Alamgir on Monday said their planned 'simultaneous’ movement' with different political parties to oust the current government will be carried out under the leadership of Khaleda Zia.

"We’ve taken united steps (to wage a simultaneous movement)…We’ve already announced the (top) leader of our movement. Begum Khaleda Zia is our leader. In her absence, our acting chairman Tarique Rahman is our leader,” he said.

Fakhrul made the remarks while talking to reporters after a dialogue with the Jatiya Party (Kazi Zafar), a partner of the 20-party alliance, at the BNP chairperson's Gulshan office, according to UNB.

He said they will start the simultaneous movement after completing the second round of dialogue with all the opposition political parties.

As the party began its second phase of talks with the first meeting with the Kalyan Party on Sunday, BNP Secretary General sat in dialogue with Jatiya Party (Kazi Zafar) on the second day on Monday with a goal to finalise the demands and issues that will be highlighted in the movement.

A nine-member delegation of the Jatiya Party, led by its chairman Mostafa Jamal Haider, joined the talks with Mirza Fakhrul and Nazrul Islam Khan, a standing committee member of BNP and 20-party coordinator

Earlier, BNP had discussions with 23 parties during its first phase of talks that began on May 24 to work out the outline for launching a united movement to 'restore' democracy and people’s voting rights.