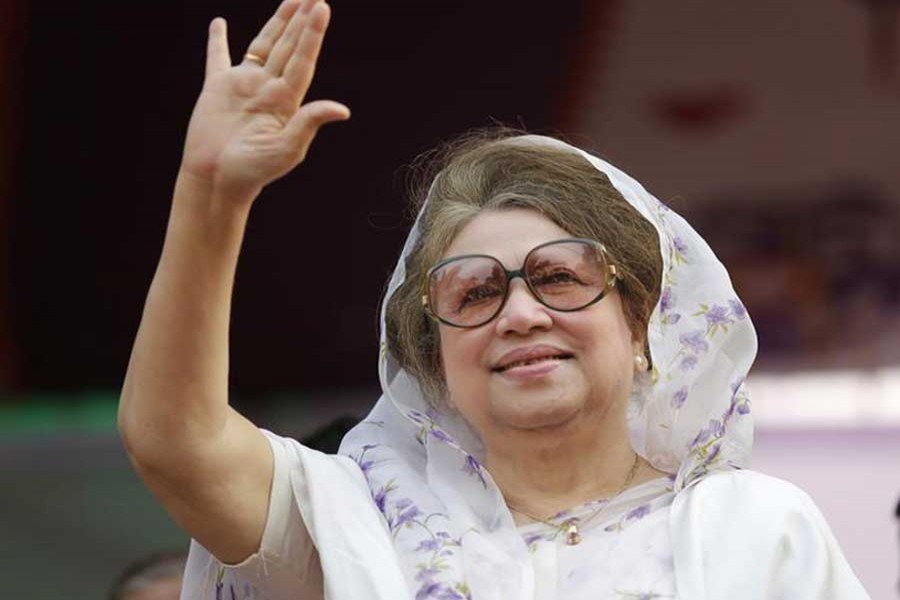 BNP Chairperson Khaleda has thanked the people of all walks of life and her party leaders and activists to join her rally at Suhrawardy Udyan on Sunday braving obstacles by the government.

In a tweet on Monday, she also said the presence of people in the rally has strengthened her party's movement for the restoration of democracy and people's rights.

"Sincerest thanks to all-- common men and women, BNP leaders, activists and supporters-- for joining mass rally at Suhrawardy Udyan. Your presence reinforces our movement to recover [sic] people's voting rights," the tweet reads.

In a another tweet in Bengali, she also said, "I sincerely thank lakhs of common people, and BNP leaders, activists and supporters for joining the rally at Suhrawardy Udyan braving all the barriers and foiling the plots created by the unelected government, and thus strengthening our struggle for restoration democracy."

According to a UNB report, BNP arranged the rally on Sunday marking what it said the civil-military 'uprising on November 7, 1975'.