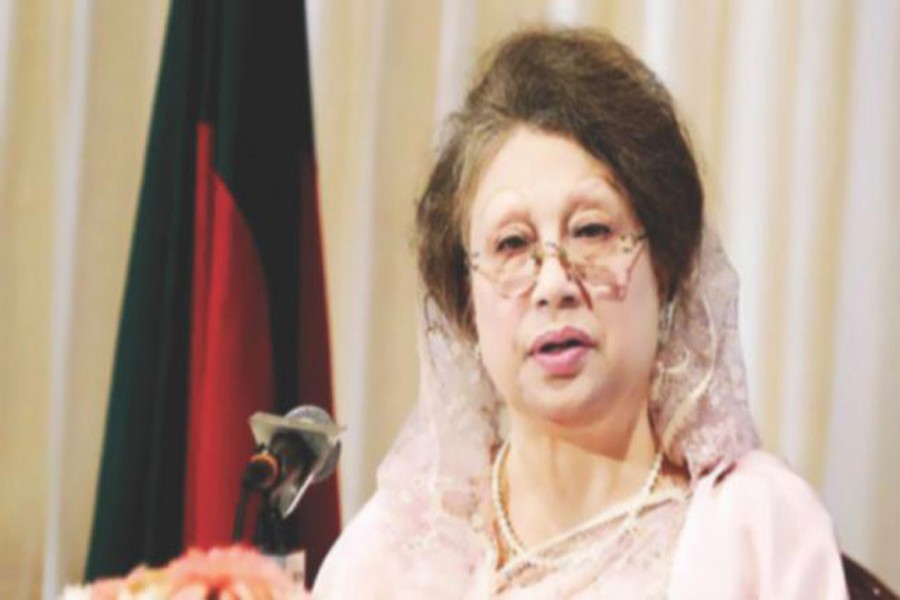 Khaleda said that it would seriously affect peace and stability in the Middle East, and the two-state solution efforts.
She urged the US President in a statement to review his decision immediately.
Khaleda thinks the US President’s decision is a ‘slap’ on the right of Palestinian people to live independently in their own country.

“I’m deeply worried like the other peace-loving people of the world over the fresh commotion in the Middle East generated by US President Donald Trump's recognition of Jerusalem as Israel’s capital,” the BNP chief said, according to UNB report.

“This decision has disheartened not only the Palestinians, but also every peace-loving person of the world. I strongly protest the unilateral decision against the repressed Palestinian people,” she said.

The BNP chairperson called upon all concerned and global leaders to take effective steps for establishing permanent peace in the Middle East by recognising the justified demand of Palestinian people.