Khaleda has to seek mercy from President to go abroad, says law minister 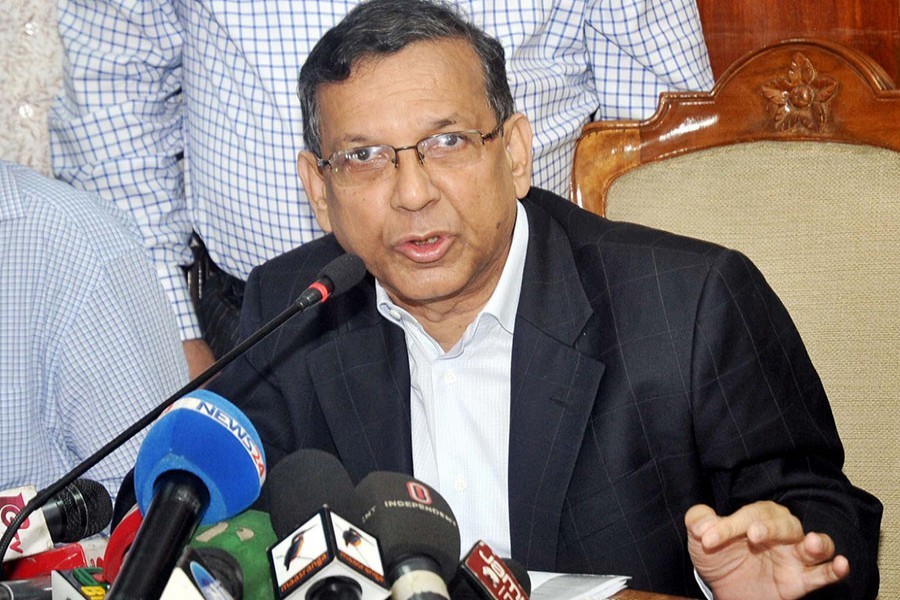 BNP chairperson Khaleda Zia has to first confess her corruption offence and seek pardon from the president before she can be allowed to go abroad for medical treatment, Law Minister Anisul Haq said on Wednesday.

Khaleda has no other alternative but to confess her guilt and seek mercy from the president if she wants to go abroad, the minister said in parliament, reports UNB.

This is the only legal way open to her, the lawyer-turned-politician said throwing a challenge that he will quit his profession if anyone can show another legal means.

Anisul was responding to allegations from two BNP legislators that the government is not allowing the former prime minister to leave the country for receiving better medical treatment because of political reasons.

Speaking on the cut motion during the passage of the budget for the 2021-22 fiscal, BNP lawmakers Harunur Rashid and Mosharof Hosen demanded that the government allows Khaleda to get treatment abroad.

The law minister said Khaleda’s family members had applied for her release to take her abroad for treatment.

“But in their application, they did not mention any provision of the law,” he said.

In this connection, he mentioned that the government considered an earlier appeal under 401 of the penal code and suspended her corruption sentences and released her on two conditions.

The two conditions were that she will receive treatment at home staying in the country.

“They (Khaleda Zia's family) accepted it. They took Begum Zia home from jail,” he added.

Pointing to BNP leaders’ repeated appeal to send Khaleda abroad, the law minister said that once an application is disposed of, it cannot be reconsidered.

“They have applied and got her released abiding by certain conditions. Now they are saying that she has to go abroad and applied accordingly. That application is final (disposed of). No one else can do anything about it. That application has been disposed of under section 401,” the law minister said.

He also said that there are six sub-sections in the law.

“If you [BNP MPs] can show under those sub-sections that you will be able to apply again [to take Khaleda abroad], then I will not be in the legal profession anymore,” he challenged.

Pointing to provisions of the law to free Khaleda, the law minister said that any convicted person has to be released through the law.

“There is a way--they can apologise to the President or to the government admitting the guilt under section 401. If they ask for forgiveness, they can consider forgiving.”

Referring to Khaleda’s treatment, he said she was at Evercare Hospital where she received proper care.