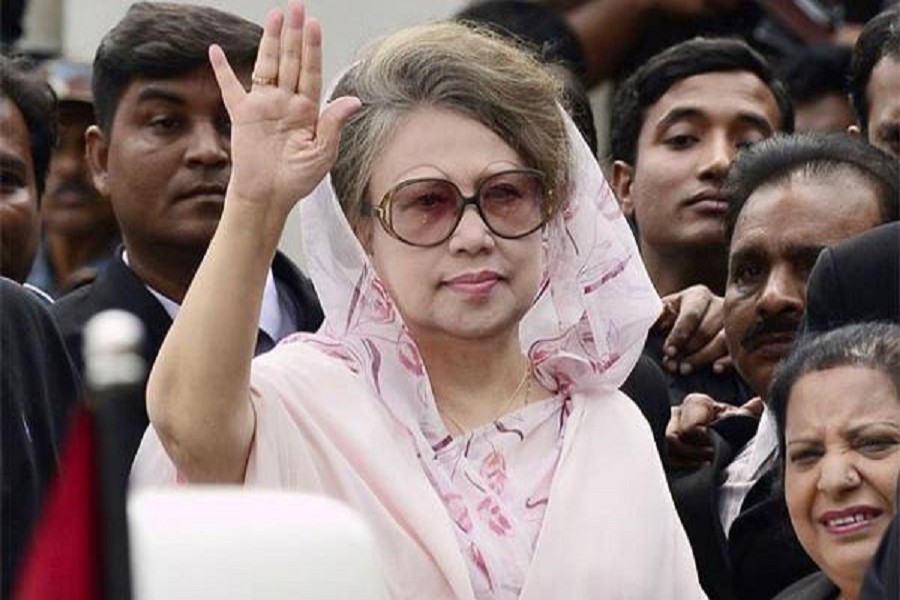 Khaleda Zia, Chairperson of the BNP, has claimed during her testimony in the Zia Welfare Trust graft case that she is ‘completely innocent.’

She made the comment in reply to a question from Judge Md Akhtaruzzaman of the Dhaka-5 Special Court at Bakshibazar in Dhaka on Thursday.

The Judge read out the charges against her in the deposition of the witnesses in the case and the chargesheet and asked whether she was guilty or not guilty.

The BNP chief in response said that she was ‘completely innocent’.

The judge later asked whether Khaleda would present any document during her defence.

Khaleda said she would submit documents ‘if she felt it was necessary’ and present witnesses who would clear her name.

With the declaration of her innocence, Khaleda started the second round of her defence on this Thursday.

Afterwards she made an hour-long speech during the Zia Orphanage Trust graft case at the same court.

After the hearings Judge Akhtaruzzaman adjourned the court and set November 30 (next Thursday) for the BNP chief’s remaining defence arguments.

A bdnews24.com report said the judge dismissed a petition by Khaleda’s lawyer Joynul Abedin to grant her permanent bail in the two cases for reasons of ill health.

On August 8, 2010 the Anti-Corruption Commission filed a case against five BNP leaders, including Khaleda, accusing them of embezzling Tk 31.54 million from the Zia Welfare Trust case.

The charges were submitted on January 16, 2012 by the ACC investigating officer. On March 19, 2013 the suspects were indicted.

Khaleda came to the court to give her defence testimony on December 1, after the prosecution had ended its arguments. She had proclaimed herself innocent and called for a fair trial.

She received permission from a higher court to give new testimony in the case. The judge in the cases was also replaced after a petition by Khaleda.