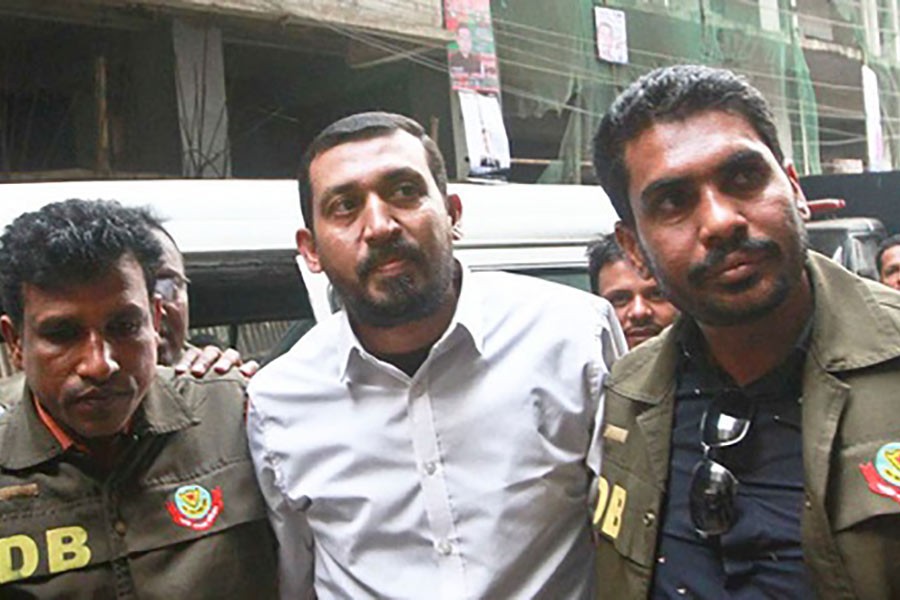 Later, detectives arrested him from near 'Suvastu Tower' on Friday night.

According to bdnews24, Aminur was shown a suspect in a case filed for cocktail bomb attack on a rally of Awami Mukti Jodha Parisad led by Shipping Minister Shahjahan Khan on December 16, 2015, to block BNP chairperson Khaleda Zia's office in Gulshan.