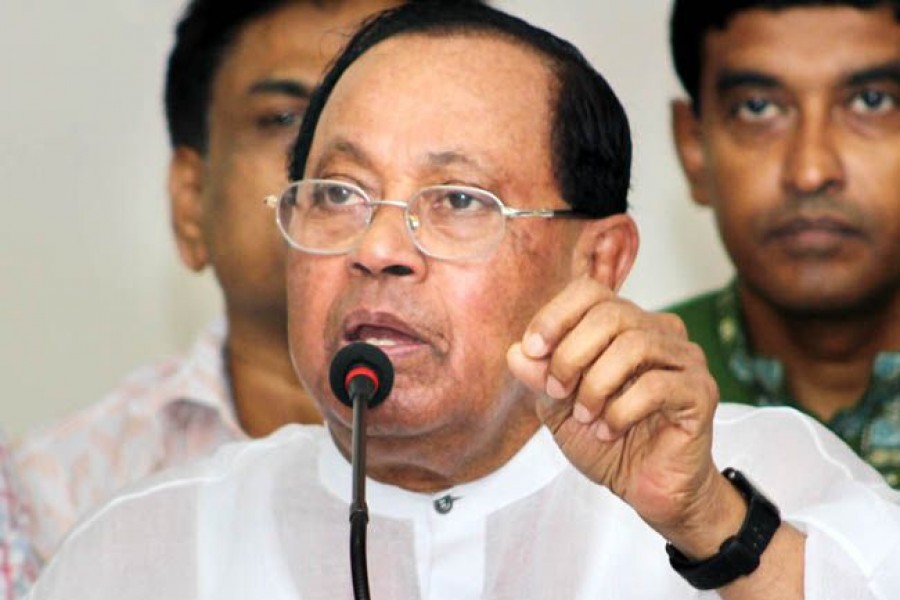 BNP senior leader Moudud Ahmed alleged that the independence of the judiciary has been obliterated with the 'forcing out' Chief Justice Surendra Kumar Sinha.

"It's known to all how the Chief Justice was forced to quit, denting the image and dignity of the Supreme Court," he said.

The BNP leader said it while speaking at a discussion on Saturday, reports UNB.

Moudud also said the resignation letter was taken from Sinha by intimidating him in many ways.

"What else can be more painful for people than it? All the ways for ensuring justice have been closed."

Moudud, a BNP standing committee member, came up with the comments while speaking at a discussion arranged by Aparajeyo Bangladesh, marking the 53rd birthday of BNP vice chairman Tarique Rahman.

Under the current circumstances, Moudud said he his in doubt whether the judges will now be able to hold trial proceedings with an open mind.

He also came down hard on Attorney General Mahbubey Alam for his comment that the judiciary is now 'free from a burden' after Sinha's resignation, saying the judiciary has been insulted through forcing the Chief Justice to quit. "We strongly condemn and protest his remark."

The BNP leader said the government now needs not the 16th amendment and the Supreme Judicial Council or the Constitution to remove the judges. The government has shown a way how to remove judges through blackmailing and filing cases."

Moudud, also a former law minister, thinks Awami League made a big mistake by forcing Sinha to quit in such manner. "The government will regret someday for such a political blunder."