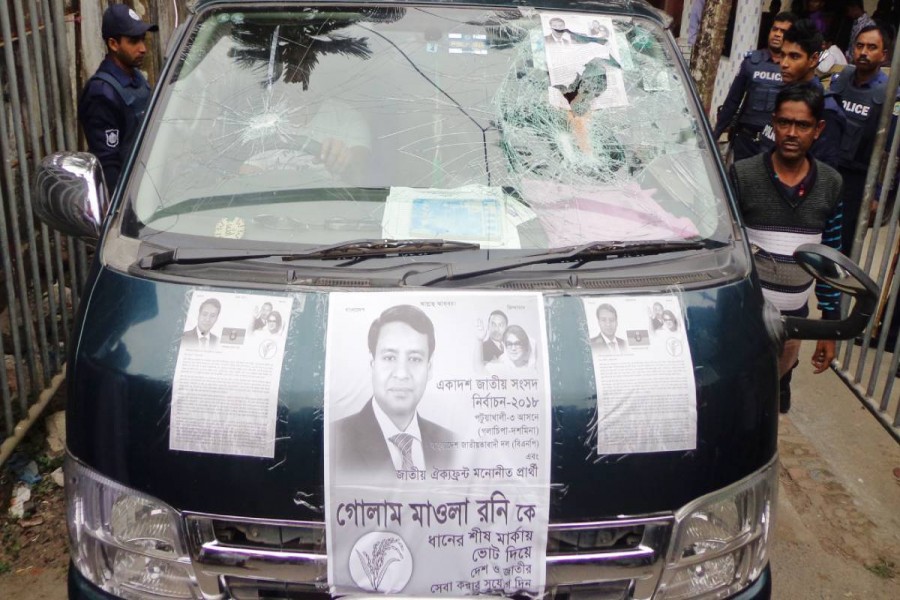 The motorcade of Jatiya Party candidate for Manikganj-2 and the vehicle of Patuakhali-3 BNP contestant's wife allegedly came under attack in Manikganj and Patuakhali districts on Saturday.

Mannan claimed that the Jubo League men swooped on his motorcade equipped with sticks around 2:30pm as they reached Kanthapara for electioneering, according to UNB.

They vandalised his vehicle and several motorcycles, he said.

In Patuakhali, the vehicle carrying the family members of BNP candidate in Patuakhali-3 Golam Maula Rony, including his wife Runu Begum and sister, was attacked in Madina Masjid area of Golachipa upazila at afternoon.

Former Golachipa municipality chairman Abu Taleb Miah, who also inside the vehicle, was injured in the attack.

Akhter Morshed, officer-in-charge of Golachipa Police Station, said they received a complaint in this regard and will take necessary steps.