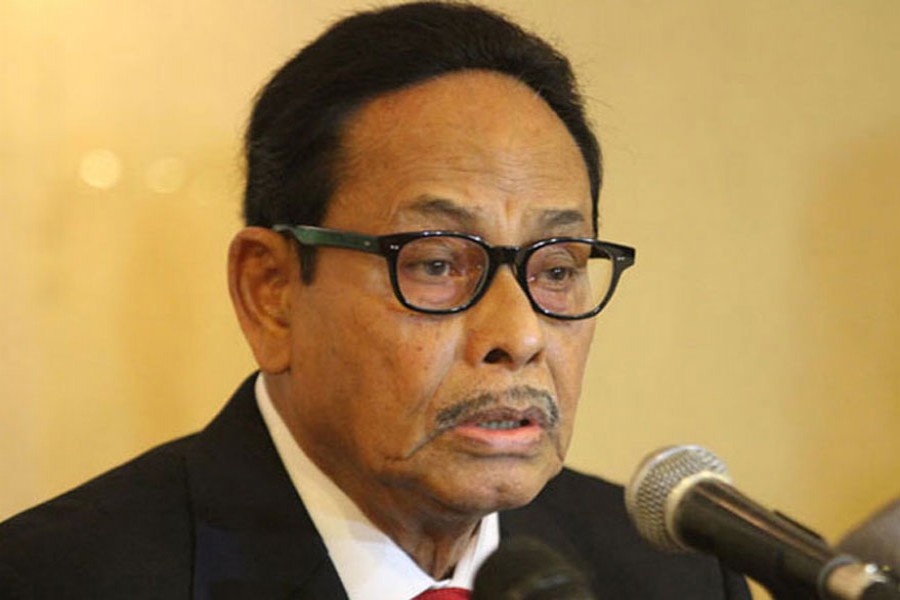 Jatiya Party Chairman HM Ershad on Thursday said their party will fill candidates in all the 300 constituencies in the upcoming national election, aiming to return to power for ensuring good governance and restore peace in the country.

"The country is now not in a good shape due to bloodshed, killings and enforced disappearances. The country can't be run this way. People have got fed up, and they want to live in peace," he said.

Ershad, also a former military ruler, said, "We're now there in the field to save people. We'll ensure peace for people and free them from the current situation. It's now proved that no one, except Jatiya Party, can ensure good governance in the country."

He also said their party has already finalised the list of candidates for the 11th parliamentary polls. "We'll contest the elections from 300 constituencies."

The Jatiya Party chief came up with the remarks while carrying out electioneering at Korail Slum and Mohakhali kitchen market areas under Dhaka-17 constituency ahead of the next general election, reports UNB.

Ershad said the prices of all essentials, including rice, were within the buying capacity of people when he quit power. "But now those who're euphoric after announcing the country middle-income one don't know about the condition of rural people. All are busy trying to cling to power, and they've no time to look at people's pains and sufferings."

Narrating various development activities he carried in the constituency when he was its MP, the Jatiya Party chairman urged people to give him another chance by electing him in the next polls for working for their welfare.

"I'm still alive to work for people's welfare. Vote for plough (Jatiya Party's election symbol) we'll ensure your security. No one will be able to carry out more development works than us," he observed.