It's not EC's duty to mediate among parties, says CEC 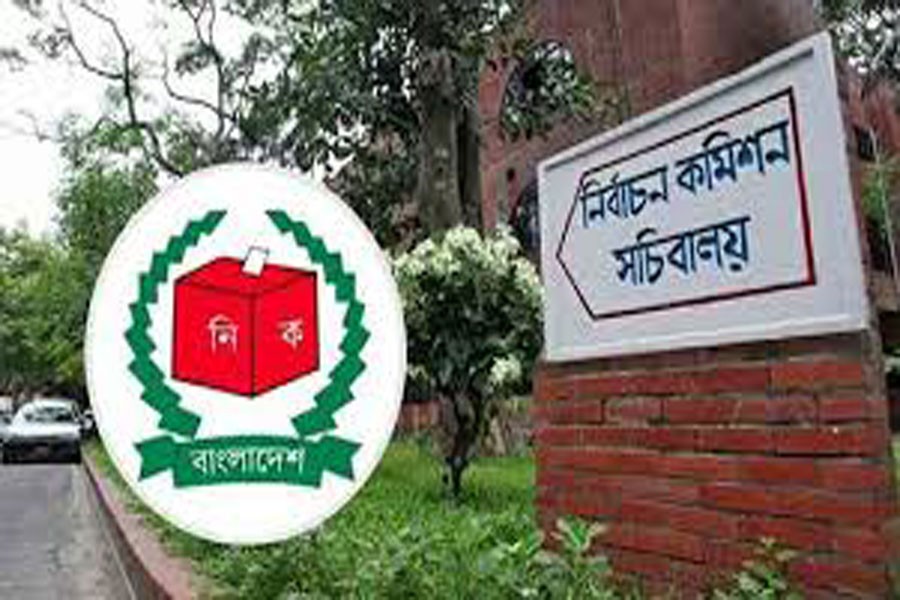 The Election Commission (EC) will not take any initiative of mediating among political parties over any election-related issue, report agencies.

"It's not the EC's duty to mediate among political parties. I don't need to go to anyone as the EC is an independent body," Chief Election Commissioner (CEC) Khan Mohammad Nurul Huda told a dialogue with media personalities at the Nirbachan Bhaban in the city on Thursday.

The dialogue was held as part of its series of talks with different stakeholders ahead of the next general elections.

In the two-day talks with journalists, a total of 24 media personalities, including online editors and representatives from electronic media, joined the last-day talks.

The CEC said, "If necessary, army will be deployed and only the EC will decide in this regard."

Huda said, "The EC is an independent organisation constitutionally... We don't bow down to any pressure and won't go to any person for compromise."

"We saw in the past many international mediators had arrived to resolve crisis among political parties, but failed finally. Why will we waste time doing such? It's not our job either," the CEC said.

"We've taken oath that we won't bow down to any pressure and we won't go to anyone. This is enough," he said.

About the type of election-time government, he said the EC has no role in deciding what will be the nature of government during the election. The Commission cannot play any role in this regard, he said.

As the EC is a 'technical' office, it is obliged to conduct elections in the system which is determined by the government, Nurul Huda added.

Most of the participants suggested that the Commission can engage the army in the election if the election-time situation demands but some others opposed it.

They suggested that the EC show its 'firmness' and 'boldness' for the arrangement of an inclusive and credible election.

Among other major suggestions, restoration of 'No Vote' provision, keeping the civil administration and law enforcement agencies under the full control of the EC, creating a level-playing field, keeping it free from the influence of election-time government, keeping biased observers outside the polls and ensuring security to minorities during the election.

"It's the EC that will take decisions whether the army will be deployed or not. But the army shouldn't be pushed towards a confrontational situation with people by defining it as a regular law enforcement agency," Ekattor TV managing director Mozammel Babu said.

He suggested bringing all polling stations under TV cameras to prevent irregularities in the next election. "We all (TV channels) want to monitor the 40,000 polling stations in a coordinated way. We've the capacity."

Bangladesh Correspondent of Voice of America Amir Khasru said, "The army deployment in the general election is important as we know what the role the regular law enforcement agencies played in the polls in the past."

He advised the EC to make its neutrality visible first.

Independent TV executive editor Khaled Muhiuddin said the EC's job is earning public confidence. "They'll have to do it. The EC will decide if the army is needed."

BSS Managing Director and Chief Editor Abul Kalam Azad apparently opposed the army deployment. "Still, there're 18 months before the election. Now we don't know whether the army or ansar is needed. We'll have to think if there's an attempt to make the army controversial."

NTV head of news Khairul Anwar Mukul said, "We want a credible and participatory election. This is why the EC will have to demonstrate firmness and boldness to do so."

At a press briefing, EC acting secretary Helaluddin said the EC will place the suggestions of civil society members and media representatives before political parties during the upcoming dialogue which will start on August 24 next.

The EC will also sit in talks with registered political parties, election observers, women leaders and election experts to take opinions over the preparation of 11th national election.