Islamist party says Ershad is a true defender of Islam 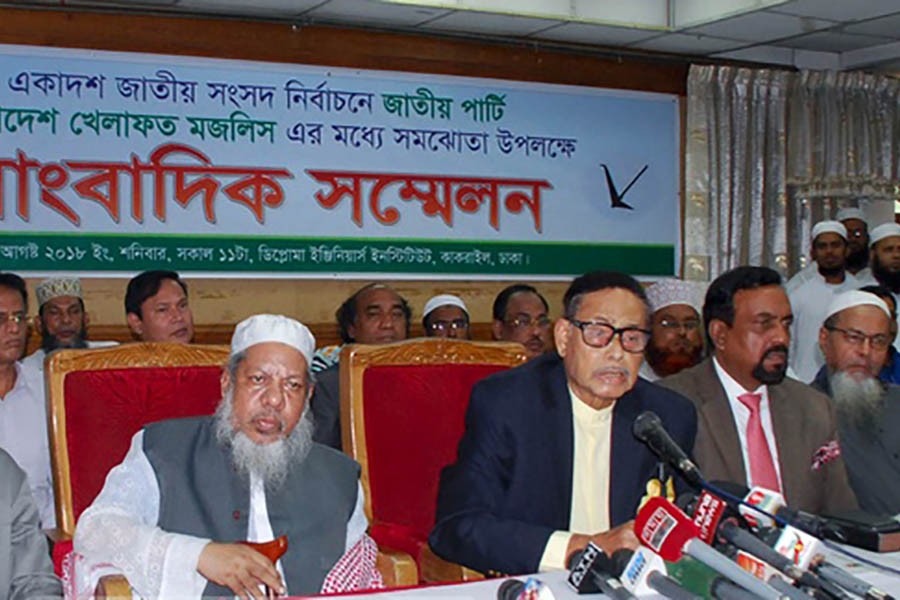 Both parties held a joint press conference after signing a partnership deal at a programme in Dhaka. Ershad and Khilafat Majlish chief Habibur Rahman were present at the programme, reports bdnews24.com.

“Ershad is the only solider defending Islamic values in Bangladesh. We cannot entrust a woman with the responsibility of saving Islam,” said Ismail Noorpuri, senior secretary general of Khilafat Majlish.

The deal came ahead of the general election due in December.