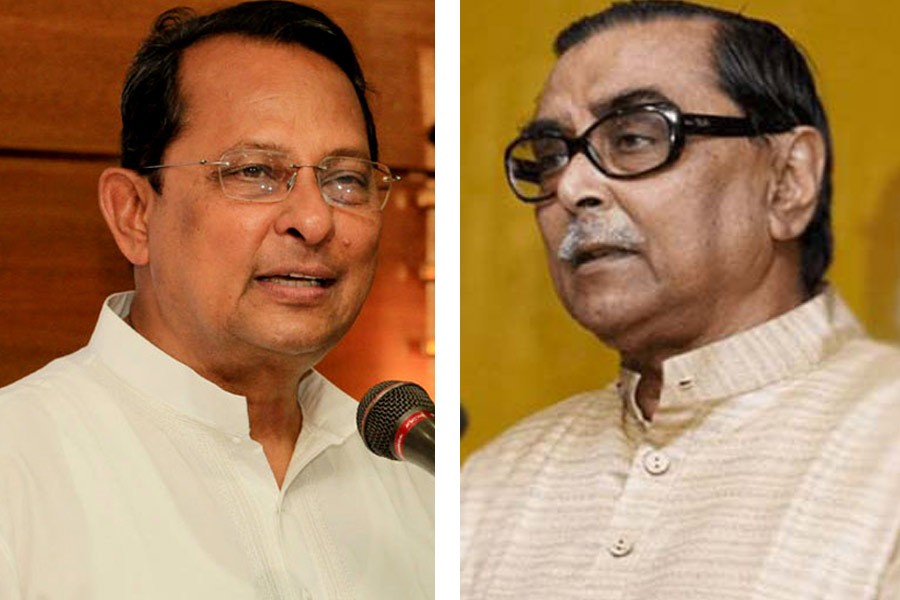 Jatiya Samajtantrik Dal – JaSaD President Hasanul Haq Inu says Bangladesh is finally back on track under the leadership of Sheikh Hasina and the Grand Alliance after the tragic incident of 1975.

The two former members of Sheikh Hasina’s cabinet made the remarks during their visit to the National Martyrs’ Memorial in Savar on Tuesday, the 48th anniversary of Bangladesh’s independence, reports bdnews24.com.

JaSaD President Inu said: “I believe the country is finally back on track after the coup of 1975under the leadership of Sheikh Hasina and the Grand Alliance. We have had our highs and lows but now we stand steady all these years after our independence.”

“Political and communal forces influenced Bangladesh’s politics after the 1975 coup. But we have successfully stymied them and brought back the ideals of the Liberation War.”

The former information minister said: “We have fought these 10 years to free Bangladesh from razakars, militants and communal forces. They are now on the back foot. I believe Bangladesh will continue to advance and that there is no alternative to this government for the preservation of democracy and the ideals of the Liberation War.”

Communalism is a threat to democracy and the values of the Liberation War and corruption, partisanship and misuse of power are ‘abuses’, he said.

“The main goal of politics in Bangladesh is good governance free of these things. So I say, let the next five years build a Bangladesh of good governance, bring an end to inequality and discrimination and bring the benefits of development to every home.”

Menon, on the other hand, said that Bangladesh had overcome many barriers such as assassinations, murder, military rule and the threat of militancy, but that extremism still remained a barrier to progress.

“The country is in a stable place now, but challenges remain,” the Workers Party president said.

Menon, a former minister of civil aviation and tourism, said: “The neoliberal economy affects the entire world and has created great inequality in our country. This inequality is a great threat to social and political stability.”

“Corruption is also a part of the fabric of the state. There is also financial looting. These are all challenges. But the biggest challenge is the anti-independence forces.”

“The most unfortunate thing about our politics is that our politicians compromise with them. They indulge them. This is a significant issue.”

Menon warned that the country could tray from the correct path if communalism spreads amongst the youth.