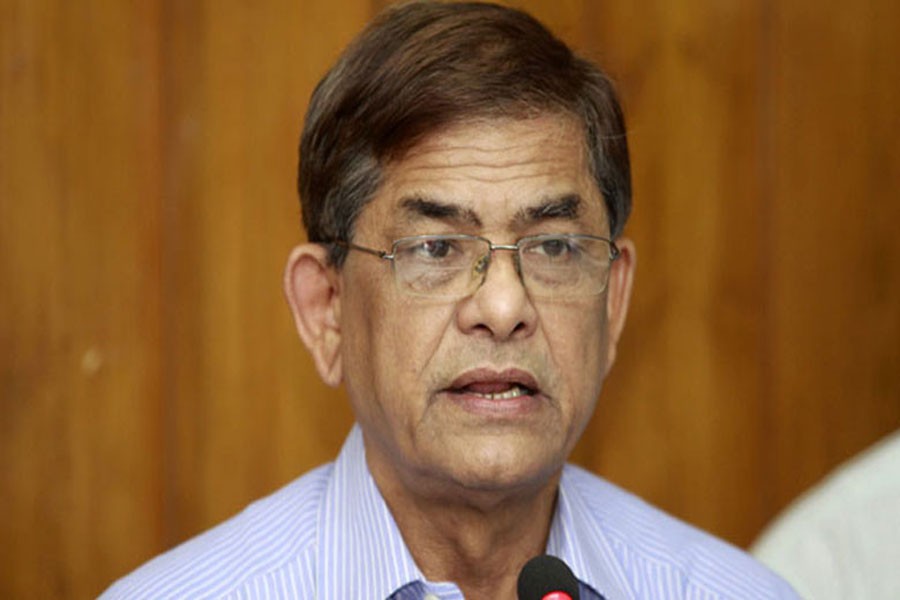 "There's no question about the legitimacy of Ziaur Rahman's rule. Introducing multiparty democracy and restoring people's right to expression and press freedom can't be illegal. Not only that, Awai League registered as a political party following due rules during his rule," he said.

The BNP leader also said Awami League contested parliamentary elections and it is still carrying out its political activities with the registration it got during Ziaur Rahman's rule. "So, Awami League is illegal if his (Zia) rule is illegal."

Fakhrul came up with the remarks while talking to reporters after placing wreaths at BNP founder Zia's grave along with leaders and activists of Jatiyatabadi Swechchhasebak Dal, marking its 37th founding anniversary.

Referring to the observation made in the 16th amendment verdict that dubbed Ziaur Rahman's power grabbing illegal, Quader on Friday thanked Fakhrul for remaining silent in this regard.

Responding to it, Fakhrul said it is Awami League leaders' old habit to mislead people by making unguarded and unnecessary remarks.

He said it is also Awami League's strategy to divert people's attention to a different direction from the observations of the 16th amendment verdict by talking against Ziaur Rahman's rule.

Fakhrul said the country's people have got deeply worried as the government is putting pressure on the Chief Justice to change the 16th amendment verdict. "They want to obliterate the independence of the judiciary and destroy the basic structures of the state. In fact, their main target is to cement their one-party rule by destroying democracy."

Opposing the Chief Election Commissioner's comment that it is not their responsibility to forge unity among the political parties, he said it is also not the duty of the Commission to act only on government orders.

He said their party has long been demanding that the next election be held under a non-party election-time supportive government as a fair and credible election is in no way possible under the partisan government now in the current context of Bangladesh.

Turning to the flood issue, Fakhrul said the government has utterly failed to tackle the flood situation and ensure adequate relief materials for the victims to ease their sufferings.

He said their party leaders and activists have been there beside the flood-hit people with relief materials since the disaster has seriously affected the country. "BNP first began distributing relief among the victims. We've already formed a central relief committee. We're providing the victims with relief as per our ability."