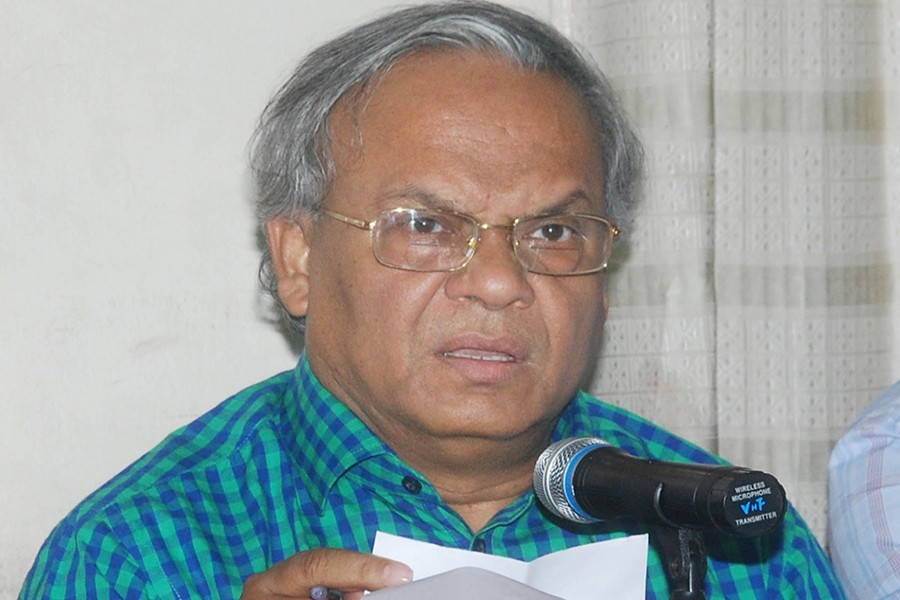 BNP Senior Joint Secretary General Ruhul Kabir Rizvi on Thursday criticised the government for what he said not making adequate allocation for the health sector in the annual development programme  (ADP) despite the coronavirus epidemic.

Speaking at a relief distribution programme in the city’s Badda area, he also said the poor allocation has exposed the government’s negligence towards the health sector, reports UNB.

“The entire Bangladesh is now in the grip of corona epidemic and an awful situation has been prevailing here, but the health sector has been placed at number 7 among the priority sectors of the government (in terms of ADP allocation),” the BNP leader said.

He further said, “There was an allocation of Tk 100 billion in the last year’s ADP while this year it has been kept a little more than Tk 130 billion. It suggests the government is not giving any attention to the health sector.”

BNP’s 97-No Ward under Dhaka North city unit arranged the relief distribution programme for the poor and destitute hit hard by the coronavirus shutdown.

Rizvi said people are not getting treatment at hospitals for lack of ventilators, oxygen and other medical equipment. “Many people are dying due to the government’s failure to provide the hospitals with necessary support.”

He said their party leaders and activists are standing beside poor people as per their ability, but the ruling party men are plundering the relief materials meant for the destitute.