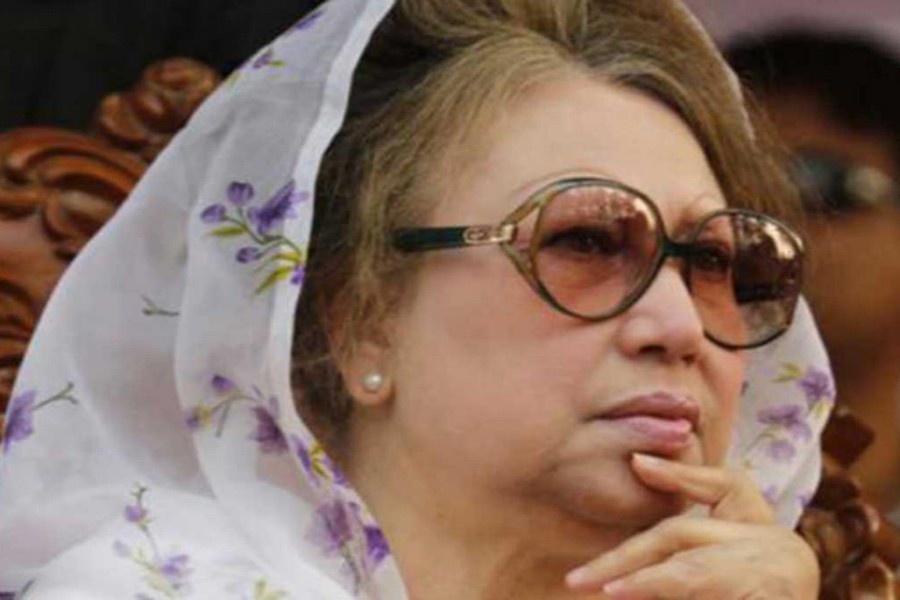 The High Court (HC) on Monday asked the authorities concerned to provide proper treatment to BNP Chairperson Khaleda Zia, if necessary, as per the recommendations of the medical board formed for her treatment.

The HC bench of Justice Sheikh Hassan Arif and Justice Razik Al Jalil passed the order after hearing a writ petition filed challenging the government's decision to send the BNP chief back to jail from Bangabandhu Sheikh Mujib Medical University Hospital (BSMMU) and seeking her readmission.

Additional Attorney General Murad Reza said it is clear following the HC order that whenever Khaleda needs medical treatment, the jail authorities will send her to the BSMMU as per the recommendations of the medical board, reports UNB.

Besides, the medical board can talk to her in jail about her treatment, he added.

On Sunday, the High Court fixed Monday to deliver its order on the writ.

Khaleda Zia has been in the erstwhile Dhaka Central Jail at Nazimuddin Road since she was sentenced to five years' imprisonment in the Zia Orphanage Trust corruption case on February 8.

On October 6, Khaleda Zia was admitted to the BSMMU for her better treatment in response to a court order.

On November 8, she was discharged from the BSMMU upon approval from the medical board formed for her treatment and produced before a makeshift court at old Central Jail in Niko graft case.