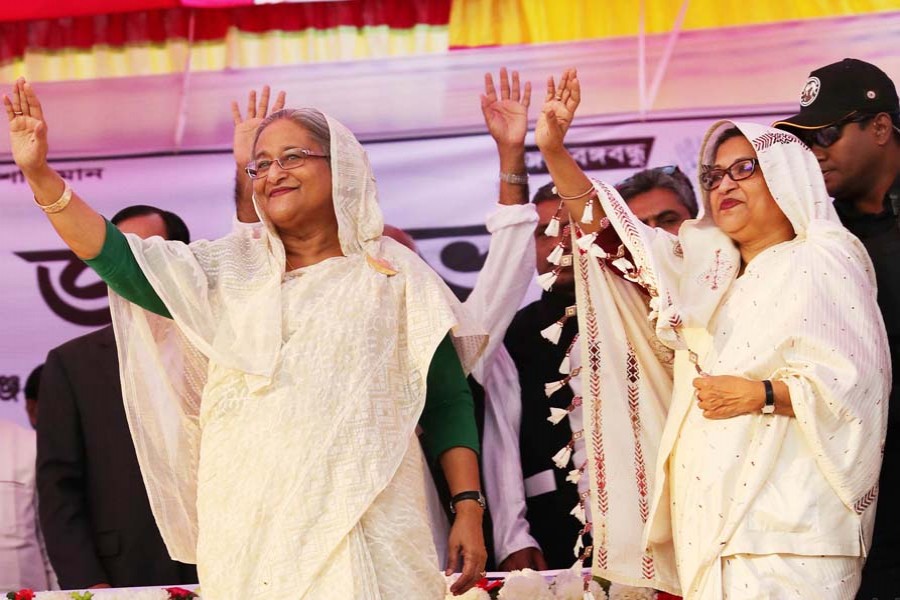 "Hope, you'll give us another chance to serve the country through ensuring our win by casting vote for Boat," she said.

The PMsaid it while addressing a public rally at Sheikh Lutfar Rahman Government Degree College ground at Kotalipara in Tungipara on Wednesday, according to UNB.

"The country is moving forward with the Liberation War spirit. With this spirit Bangladesh is moving fast keeping its head high in the world," she said.

"You'll have to cast vote for Boat to give a fitting reply to those who joined hands with the anti-liberation forces, war criminals, convicts, arson terrorists, and made them election candidates," she said.

She arrived here at 2:10pm starting her journey by road around 8:22 am from her official residence Ganobhaban.

She first paid homage to Father of the Nation Bangabandhu Sheikh Mujibur Rahman at his mausoleum by placing a wreath as the Prime Minister.

She placed another wreath at the mausoleum as the Awami League president.