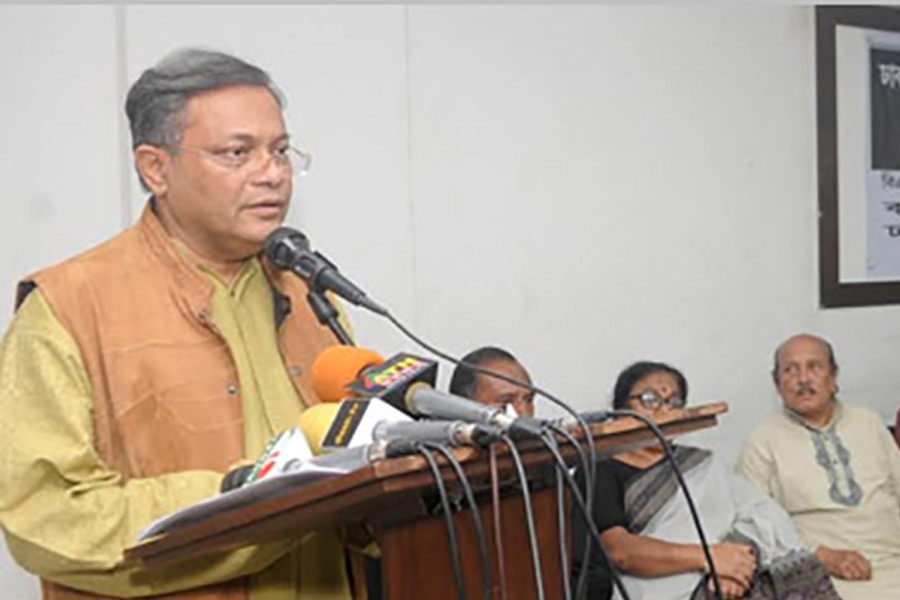 “We pursue different politics, but we should show courtesy to each other. And I want to thank BNP senior leaders for their courtesy and sympathy,” he told the newsmen after attending a memorial meeting at the auditorium of Jatiya Press Club (JPC) in Dhaka, reports BSS.

“The fact remains that when the BNP senior leaders showed the courtesy but their party chief Begum Khaleda Zia had failed to show the same. Our Prime Minister Sheikh Hasina went to visit Begum Zia when her younger son Arafat Rahman Koko died. But none opened the door. Prime Minister Sheikh Hasina waited there for 10 minutes. I thanked the BNP leaders for their courtesy,” he added.

The minister hoped that showing courtesy and sympathy will be continued in future in politics.

The ruling party leaders sought doa from the countrymen for the early recovery of AL General Secretary and Road Transport and Bridges Minister Obaidul Quader.

The minister said, “So far I know Alamgir was a good human being, an eminent journalist, and a skilled administrator. He possessed all the good qualities a man should need to acquire.”

Hasan said Alamgir did a lot for PIB when he discharged his duties there. Even he embarked on plans for PIB, he added.

Describing journalism as the third eye of the society, the minister said journalism is aimed at pointing to shortcomings of the government and motivating public support to build various social movements.

Presently a massive revolution has taken place in the fields of both print and electronic media, he added.

Recalling Alamgir’s contribution to journalism through presenting constructive writings, Hasan said, “Now it is our responsibility to advance his works. The government has also taken some programmes to provide training at district level.”

Later, the minister joined a milad mahfil organised by AL city south unit at its office in Bangabandhu Avenue.