Hanif hopes BNP will take part in next elections 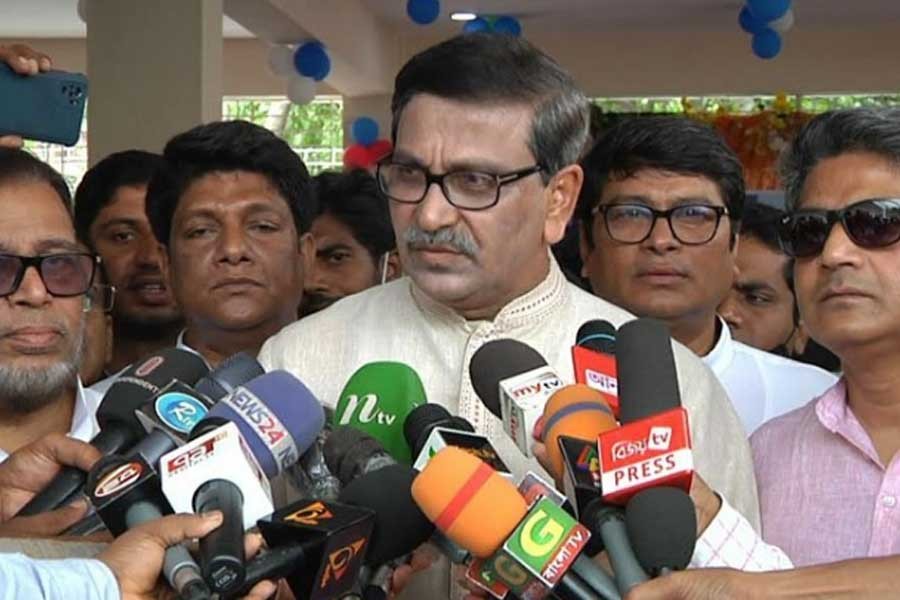 Awami League Joint General Secretary Mahbubul Alam Hanif on Monday expressed his hope that BNP will take part in the next general election, whatever BNP say at this moment.

The Member of Parliament from a constituency in Kushtia made the remarks while talking to journalists after inaugurating the newly-constructed building of Seed Certification Agency in Kushtia, reports BSS.

He said, “The BNP'S top leader has been jailed for embezzling orphans' money while another leader has fled abroad on corruption and terrorism charges.”

“Leaders and activists of that party should look in the mirror before commenting on the other party,” Hanif added.

“The Awami League is the only party in this country that believes in democracy,” he said.

There is no precedent for a peaceful transfer of power in Bangladesh. Hanif said, Awami League does not do any tricks about elections, BNP has this habit.