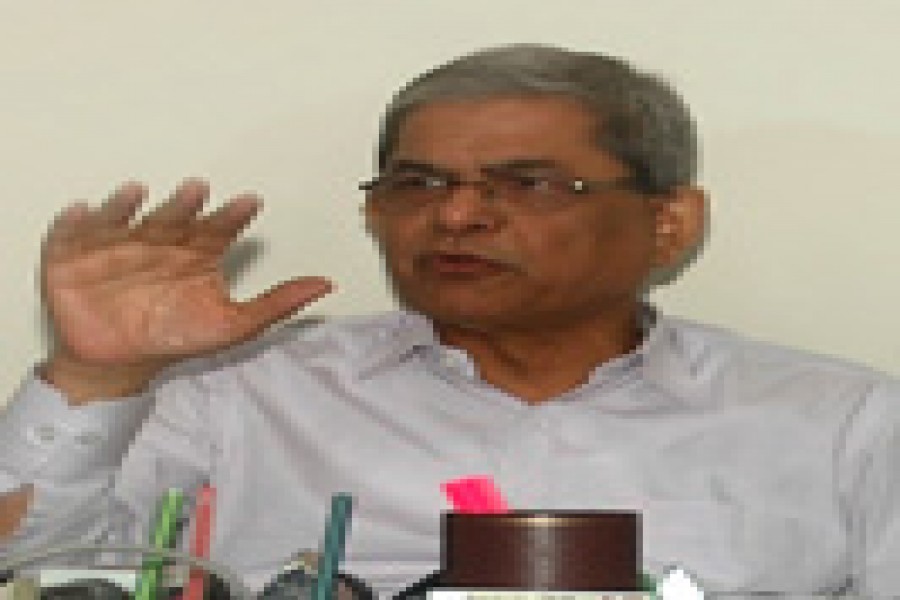 BNP secretary general Mirza Fakhrul Islam Alamgir on Wednesday voiced optimism that the government will reach an understanding through talks over holding the next election in a neutral and credible manner, reports UNB.

"I'm an optimist person. I always hope good things will come out. Ice may not melt in one day, but I'm confident it'll happen someday. The current stalemate can't last for long. I believe a path of understanding will appear through talks," he said.

He made the remarks while talking to reporters at the BNP's Nayapaltan central office in the city.

The BNP leader warned the government that it will have to pay a heavy price if it does not come forward to resolve the crisis over the national election.

He said his party has long been calling upon the government to engage in talks to save the country and the nation.

Fakhrul said they have already given a proposal on strengthening the Election Commission (EC) and deploying army during the election for the sake of acceptable polls.

He alleged that the government has squeezed the democratic space in the country in a bid to cling to power after being alienated from people.

Fakhrul said they cannot understand the government and its intention. "It's not clear what the government actually wants."Do they want to run the country with Afghanistan's Hamid Karzai-style government or with the ones now in place in Libya, Iraq and Syria? It won't be possible here."

He warned that Bangladesh's political context is totally different from the one in Pakistan and Afghanistan as people here fought for democracy and liberation for a long time.

"People here are very conscious and democracy-loving ones