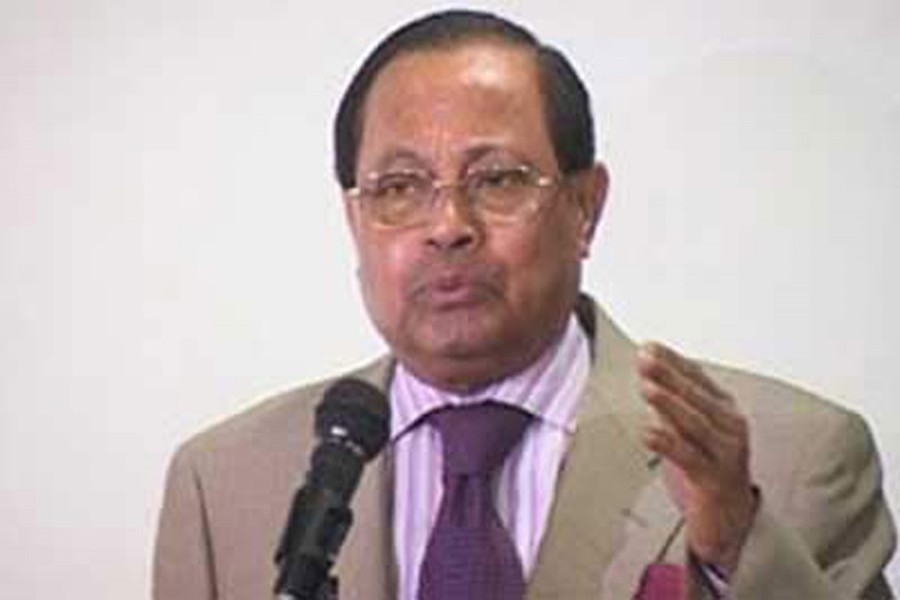 BNP senior leader Moudud Ahmed on Friday alleged that the government is passing time as part of its trick to give a certified copy of the verdict against their party chairperson Khaleda Zia in a graft case only to prolong her stay in jail.

Moudud warned that people will give a befitting reply through ballots to the government's 'vengeful attitude' towards Khaleda Zia.

"The verdict was pronounced on February 8, but we still didn't get a certified copy of it. They (govt) are resorting ploy to keep Khaleda in jail as long as they can," the BNP leader said at a discussion in the city.

The discussion was arranged by Jatiyatabadi Sangskritik Dal at the Jatiya Press Club protesting the jailing of Khaleda in a graft case, reports UNB.

Moudud, a BNP standing committee member, said the government's popularity is on the wane for showing a vengeful attitude towards Khaleda Zia.

He said they will move to the apex court to file an appeal against the verdict and seek bail for her as soon as they get the certified copy of the verdict.

The former law minister hoped that the court will grant bail to Khaleda.