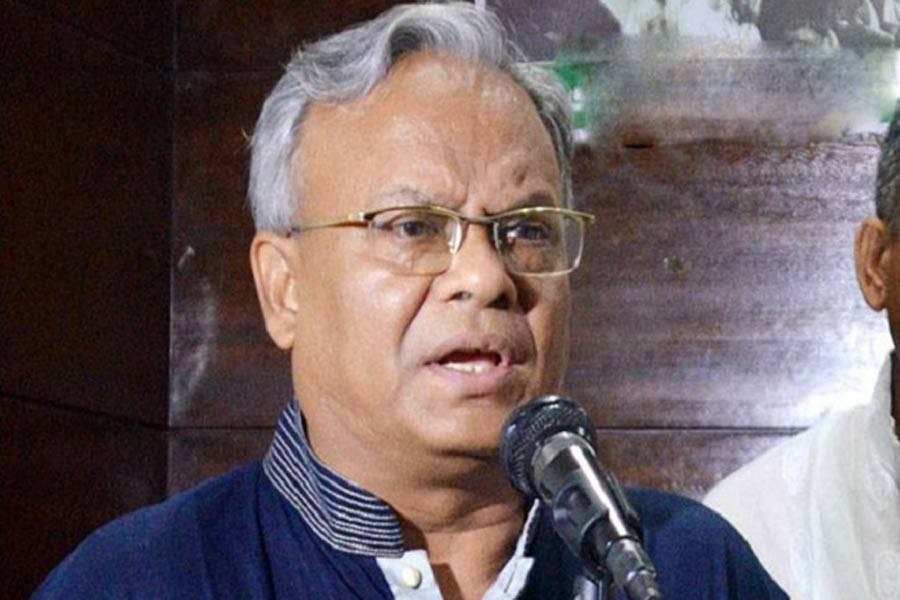 BNP on Friday expressed concern over the media reports that its chairperson has been kept in jail like an ordinary prisoner.

He came up with the allegation while briefing at BNP’s Nayapaltan central office.

“We’ve come to know through newspaper reports that our leader (Khaleda) has been kept like a simple prisoner. We can’t be clear what’s happening in the jail. We also don’t know her condition is now,” said BNP senior joint secretary general Ruhul Kabir Rizvi.

Rizvi said the government in no way can treat Khaleda as an ordinary prisoner since she is a ‘three-time’ elected Prime Minister and the chief of the country’s ‘biggest’ political party. “Why have you (govt) stooped so low in your taste?”

On Thursday, a special court here convicted the Khaleda and sentenced her to five years' imprisonment in the Zia Orphanage Trust graft case.

Five other accused in the case, including her son and BNP senior vice-chairman Tarique Rahman, were sentenced to 10 years' imprisonment each. The court also fined the five accused Tk 21million each, reports UNB.

Rizvi asked the government when it will stop taking political revenge on their chairperson. “How long the level of brutality using the state machinery be intensified towards an elderly woman like Khaleda Zia?

He alleged that the government is pushing the country towards a hell out of its political vengeance. “Do you think people will continuously tolerate your threats and repressive acts?

The BNP leader said the ministers, MPs and the ruling party leaders had been telling over the last two years that Khaleda will have to go to jail. “It suggests Thursday’s verdict was written many times ago. This verdict has reflected the government’s vengeance.”

Rizvi said many political parties and common people condemned the verdict and turned it down. “Many international organisations, including the United Nations and Human Right Watch, voiced concern over the verdict.”

He alleged that the government not only used the court, but also all the state machinery to convict Khaleda and BNP senior vice chairman Tarique Rahman.