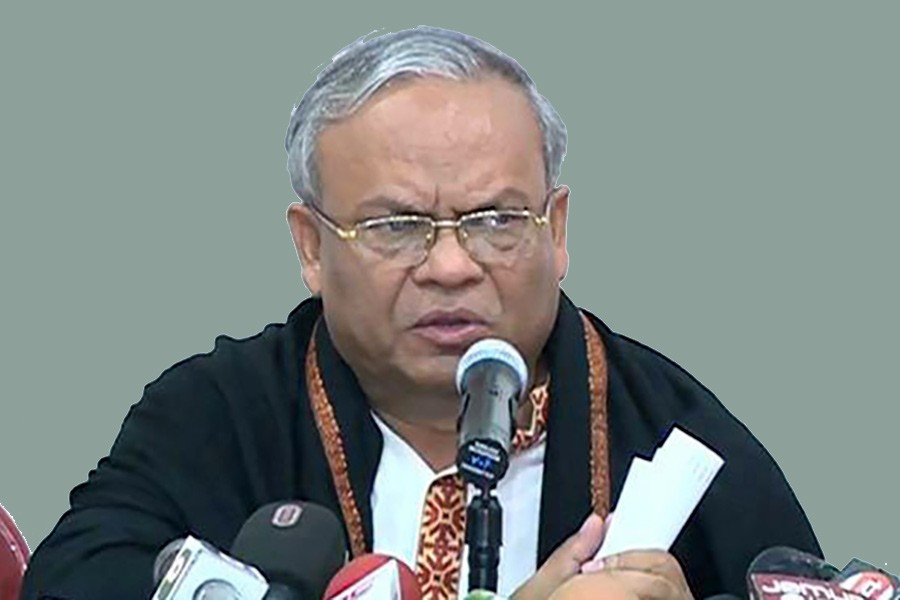 BNP senior joint secretary general Ruhul Kabir Rizvi has alleged that the government is applying all ways to repress their chairperson Khaleda Zia.

The BNP leader made the allegation at a press briefing at BNP's Nayapaltan central office on Wednesday, reports UNB.

Rizvi also alleged that the government is repressing Khaleda mentally by not allowing her relatives to meet her.

The BNP leader also said the lower court is delaying the hearing on bail petitions of Khaleda in different cases.

He also accused the government of harassing BNP leaders and activists through the Anti-Corruption Commission (ACC).

Referring to filing of a case against BNP standing committee member Mirza Abbas and his wife Afroza Abbas by the ACC, Rizvi said, "After harassing BNP leaders and activists by filing cases and attacking them by police across the country, now opposition leaders are being harassed by the Anti-Corruption Commission."

He claimed that the ACC file the case against Abbas and Afroza as they contested the 11th parliamentary election as BNP candidates, and took a strong stance in favour of BNP and democracy.

"We would like to say the ACC is working as a weapon to oppress the opposition," Rizvi alleged.

The BNP leader said though the ruling party leaders and activists 'plundered' thousands of millions of money from finical institutions, including banks, the ACC has turned a blind eye to them.

Rizvi alleged that the ruling party men kept repressing and attacking BNP leaders and activists and setting fire to their houses at different parts of the country since the December-30 national election.