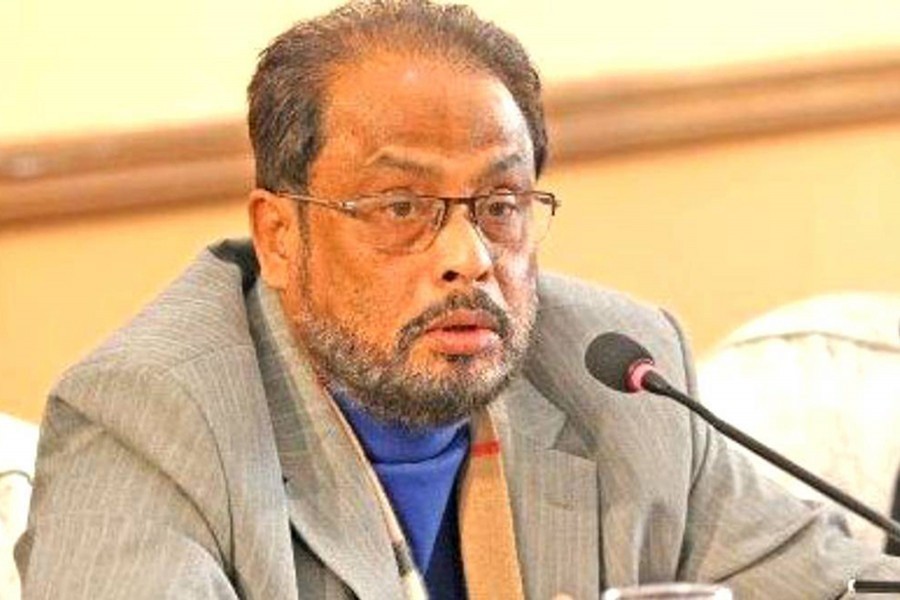 Jatiya Party Chairman GM Quader expressed his doubt whether the next general election will be free and fair and inclusive.

"The overall situation of the country is fragile with unstable political situation. In such a situation we don't have any idea whether the election will be held in free and participatory?" he said.

Quader was talking to reporters at Rangpur Circuit House on Monday, reports UNB.

Describing the economic condition of the country as vulnerable the Jatiya Party leader said there has been a decline in remittance and export earnings, while the import costs are rising.

He wondered how long the country can bear the burden of debt caused by mega projects.

Replying to a question about formation of any alliance, Quader said no decision has been taken yet.

Participation in election is an important thing and decisions will be taken after a meeting with the leaders and activists from higher to grassroots level of the party.

Asked about any secret alliance with BNP, the Jatiya Party chief said "We do not get involved in any entente and everything happens transparently."

Noting that both parties, Awami League and BNP are the same, GM Quader said now people do want a change and their safety.

"People do not want to see murder, rape and looting and we want to present people a healthy politics," he added.

The JP chairman announced that the party has chosen Mostafizar Rahman Mostafa as its candidate for mayoral post of Rangpur City Corporation in upcoming election.