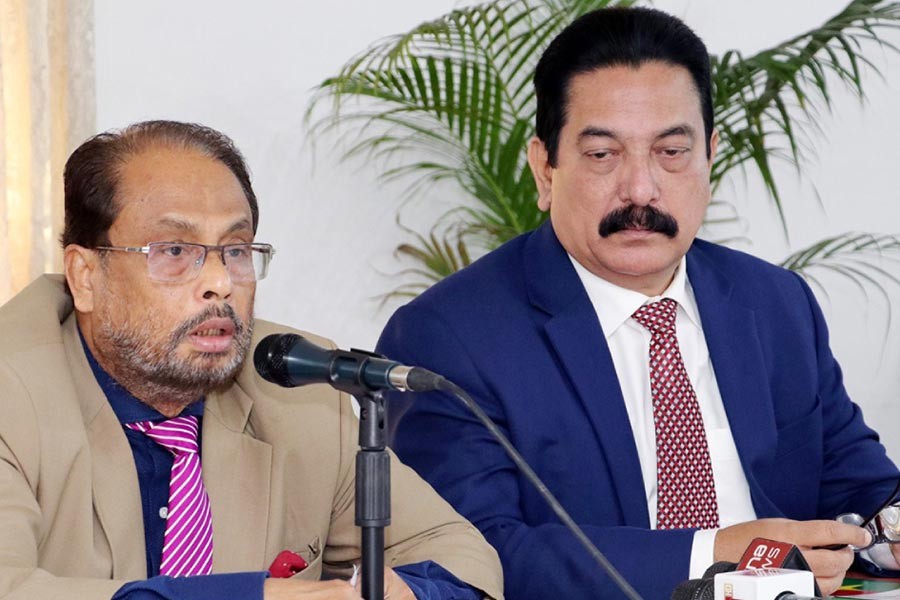 Jatiya Party Chairman GM Quader has said though BNP is now talking much about political repression, it unleashed immense repression against Jatiya Party in the past.

“Those who now talk more about torture in politics were the ones who tortured Jatiya Party much,” he said.

GM Quader came up with the remarks while speaking at a meeting of Jatiya Party Presidium members at its chairman’s Gulshan office on Sunday, reports UNB.

Since its foundation, he said, Jatiya Party was the biggest political party in the country till 1990. “But after 1990, inhuman torture was unleashed on Jatiya Party leaders and activists by attacking their processions, implicating them in cases and enforcing section 144 on their programmes.”

Quader said BNP could not weaken Jatiya Party through repression. “But Jatiya Party has been weakened due to the conspiracy and splits.”

He urged the party leaders and activists to remain alert so that no one can split Jatiya Party further by hatching any plot.

Stating that Jatiya Party is one of the three major parties in the country, Quader said the country’s people want it to get stronger further. “People want a change, and they think it’s Jatiya Party which can ensure the good governance.”

He said their party will do politics to fulfill the expectations of people and ensure their betterment.