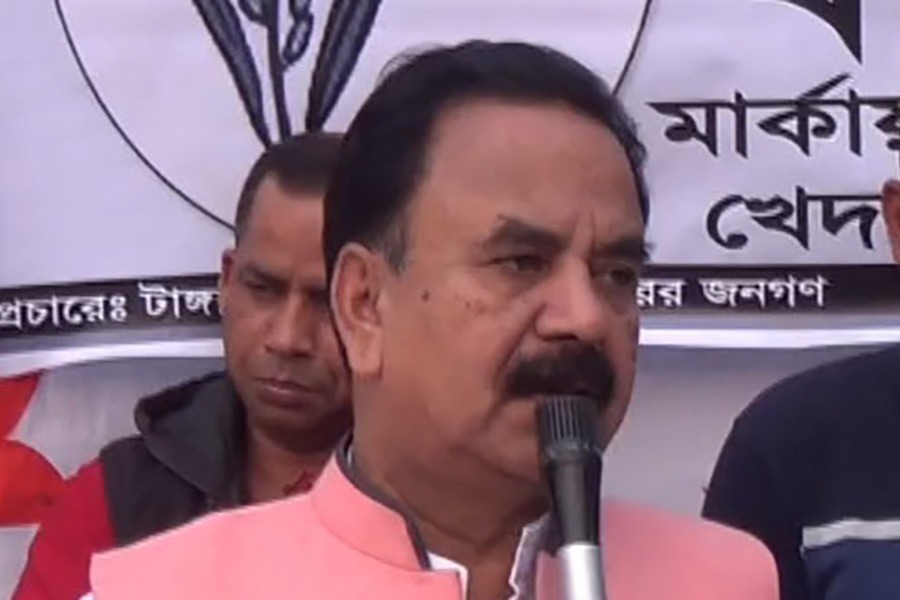 BNP senior leader Gayeshwar Chandra Roy on Friday said the party will soon unveil the outline of a united movement for the ‘restoration’ of democracy.

"BNP, the lead party of the largest alliance, will unite all through a statement centring on this idea (national unity) and move forward", he said at a discussion in the city, reports UNB.

"I think that efforts are going on. We’ll present it before the nation at any time,” he said.

The BNP leader also said the party's acting chairman Tarique Rahman will come up with a call for waging a united movement soon in absence of Khaleda Zia. “He (Tarique) will present the outline of the future movement. We’ve almost completed the preparations in this regard.

A faction of the Liberal Democratic Party (LDP) arranged the discussion programme titled “Acceptable Election the Only Solution to the Crisis” at the Jatiya Press Club.

Gayeshwar, a BNP standing committee member, said their party is going to unite all parties with whom they have differences of opinion for the sake of the country and its people.

The BNP leader said the government’s ‘fascist’ activities are encouraging the opposition parties to come together and move together putting aside their differences among them. “It’s visible from the statements that the opposition leaders made over the last one month.”

He said BNP's stance is clear that no national election can be held under the current Awami League government. “We want the fall of this government. The current parliament also has to be dissolved.”

Stating that their party has been on a movement, Gayeshwar said they will intensify it at a right and favourable time as per their movement outline. “Now our strategy is to hit back if we are attacked.”

He said no election can be held credibly under the current Prime Minister. “Sheikh Hasina is a big obstacle to a fair election. She must be removed from power before the election. That is what the BNP is talking about.”

The BNP leader said their party will not only boycott the election under Sheikh Hasina but also resist a name-only election to be held under her.