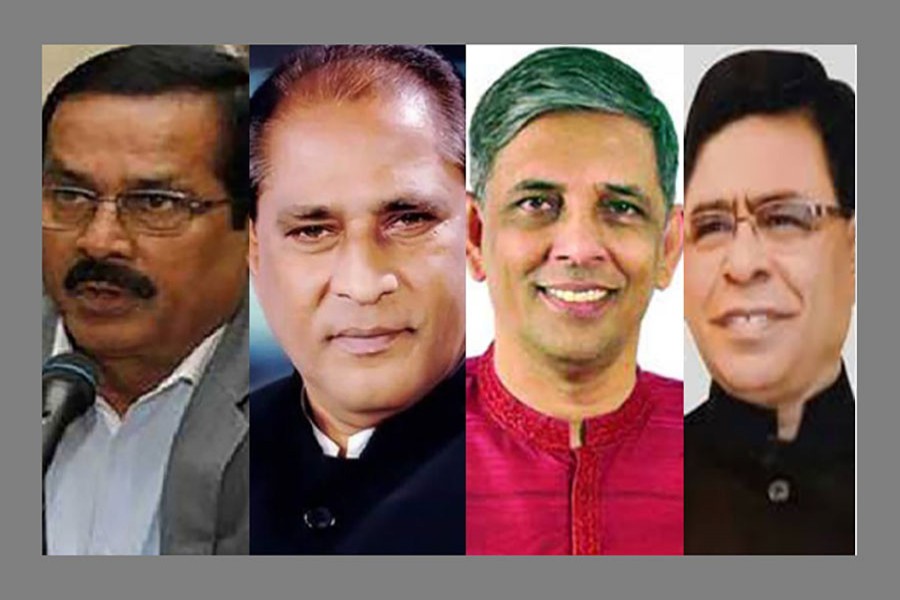 The Awami League has assigned ‘special duties’ to four of its party leaders who have not been nominated to contest the election despite being members of parliament.

“The four central leaders have been assigned on a special duty to observe the election process.”

“Prime Minister Sheikh Hasina called them over to the Ganabhaban and instructed them to continuously monitor all of the 300 seats. Also, they were asked to coordinate with everyone to ensure no rebel candidates ran in any of the seats.”

The four had collected nomination forms for the 11th national election slated on Dec 30, but could not bag the party nominations.

Former state minister Nanak has been the parliament member for two consecutive terms from Mohammadpur-Adabor seat in Dhaka. The nomination was instead given to Dhaka Metropolitan Awami League North General Secretary Sadek Khan.

“In many of the developed countries including India, noted leaders do not contest the election as they need to oversee the election process of the party. Our party president has not nominated these four leaders as they have important duties to perform,” said Awami League General Secretary Obaidul Quader.

She has now delegated Nanak, Rahman, Nasim and Muzammel to perform the duty, said an Awami League leader.

“The prime minister has directed them to monitor that no rebel candidates run for any seat. Also, she asked the four leaders to oversee the polling agents, the central committees, the campaigns and coordination with local leaders and activists,” AL leader added.