Sees no possibility to oust AL govt without force 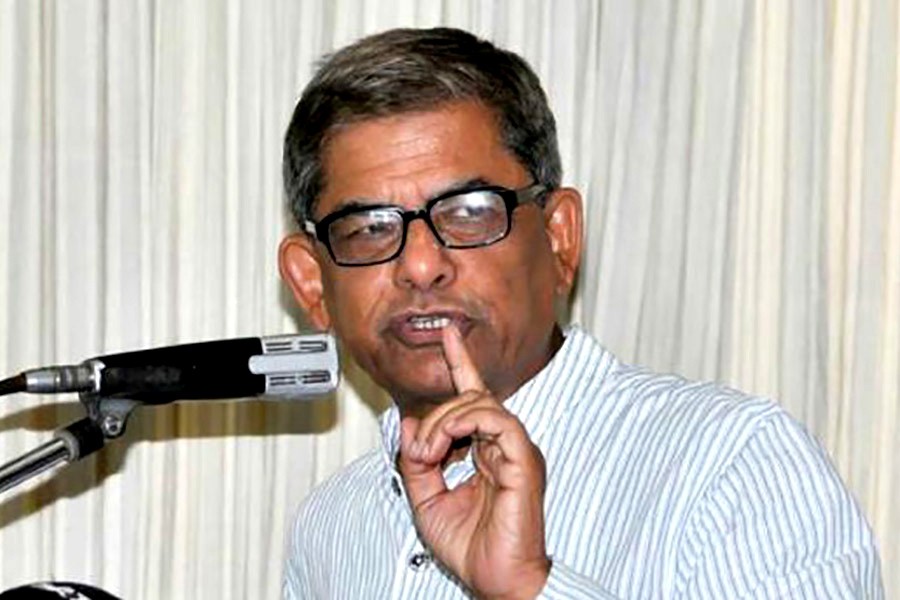 Terming the incumbent Awami League-led government as a 'heavy stone', the BNP leader on Wednesday said that it'd not be possible to oust this government without force.

Fakhrul claimed that Bangladeshi newspapers allocated a very small space for the coverage of Mugabe's resignation in fear of facing the government's wrath.

The BNP leader was addressing a discussion arranged by Jatiyatabadi Chhatra Dal, the student body of BNP.

Fakhrul urged the JCD leaders to get united to restore democracy and people's basic rights, including that to voting.

"If we really want to ensure freedom of the nation, restore our rights, we must wake up," he said.

Stressing on youths' strength, he also urged to be organised to remove all obstacles.

"They (the government) have already destroyed all the pillars of democracy while parliament has got dysfunctional," the BNP leader said.

He alleged that the government has politicised the administration and established its control on the media.

According to UNB, turning to the Chief Justice's resignation issue, he said SK Sinha was forced to leave the country and then quit.

On Tuesday, Robert Mugabe resigned as Zimbabwe's president, a week after the army and his former political allies moved to end four decades of rule by him.