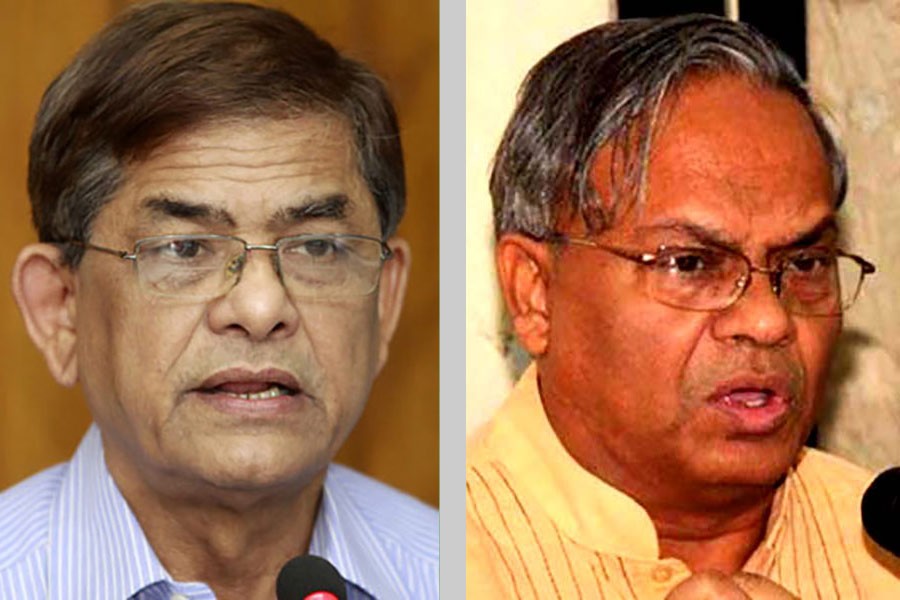 BNP Secretary General Mirza Fakhrul Islam Alamgir says the police had barred their candidate from campaigning, but everyone should accept the results of the overall peaceful election.

Earlier on Thursday, BNP lost along with the ruling Awami League to the Jatiya Party in Rangpur city election.

Awami League’s Sharfuddin Ahmed Jhantu and the BNP’s Kawsar Zaman Babla were defeated by a huge margin on Thursday.

Speaking to reporters in his district of Thakurgaon on Friday, Mirza Fakhrul said, “Some incidents occurred before the voting. Police obstructed our candidate from campaigning properly.”

“The other parties were given more time to canvass for vote than we were. These were the problems. But overall, the election was fairly peaceful,” he said.

Recalling his experience of campaigning for Babla, Mirza Fakhrul said he did not see the enthusiasm of election there.

The BNP leader pointed out two reasons behind the ‘lack of enthusiasm’ – no suitable candidate for any party and the ‘Ershad syndrome’.

Rangpur is a stronghold of Jatiya Party Chairman HM Ershad, who is also a special envoy to Prime Minister Sheikh Hasina.

“Ershad travelled to Rangpur on the eve of the voting by violating the rules. He spent the night there and returned after casting his vote. His presence solely affected the election, I think,” Mirza Fakhrul said.

“But I also think everyone should accept the election,” he added.

According to bdnews24, Ruhul Kabir Rizvi said the election was rigged and blamed the ruling Awami League and its ally Jatiya Party.

He added that the government would be held accountable for all its ‘misdeeds’.